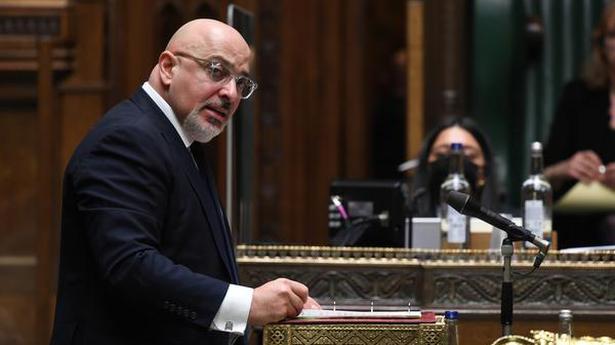 U.K. Vaccine Deployment Minister Nadhim Zahawi has defended a shipment of 10 million doses of Covishield en route from India amid some concerns that it would impact supplies of COVID-19 vaccines for poorer nations.

The Minister in charge of overseeing the U.K.’s vaccination programme said the vaccine doses developed by the Serum Institute of India, in collaboration with Oxford/AstraZeneca, were always intended for Britain and that assurances have been sought that the delivery would not impact other supplies.

“We, of course, sought assurances from AstraZeneca and from Serum that our doses will not impact their commitment to the low-income and middle-income countries of the world,” Mr. Zahawi told the Associated Press in an interview on Friday.

“And they are making about 300 million doses available to low- and middle-income countries. You’ve seen those arrive in Accra in Ghana, last week and the Philippines this week… and Ivory Coast as well. And you’re going to see much more of that volume also going out,” he said.

Non-governmental organisations such as Medecins Sans Frontieres (MSF) had raised concerns that shipments from India would reduce supplies to developing countries.

The Minister insisted this was not the case and that supplies around the world would also be deployed through the United Nations backed COVAX system.

Britain has acquired the rights to around 457 million doses of various vaccines, estimated at three times the total needed to fully vaccinate everyone in the country.

Meanwhile, in an update from Downing Street on Friday, U.K. Health Secretary Matt Hancock announced that as of midnight on Thursday, 21.3 million people have been vaccinated in the U.K. – which is two fifths of the entire adult population of the country.

The government has set a July-end target to vaccinate all adults with at least one of two-dose vaccines.

“We’re on course to hit our target of offering a first dose to everyone who’s 50 or over, or part of an at-risk group, by April 15. And all adults by the end of July,” said Mr. Hancock.

The Minister also confirmed that coronavirus cases in the U.K. were “falling steadily” and that the country was headed in the “right direction” with the pandemic.

“The vaccine roll-out has allowed us to set out our roadmap for how we’ll carefully lift some of the restrictions that we’ve all endured for far too long,” added Mr. Hancock.

It comes as the U.K. begins its first phase of lifting strict lockdown restrictions with the reopening of schools from March 8.

The coronavirus has so far killed 124,495 people, along with over 4.2 million confirmed cases, in the U.K.