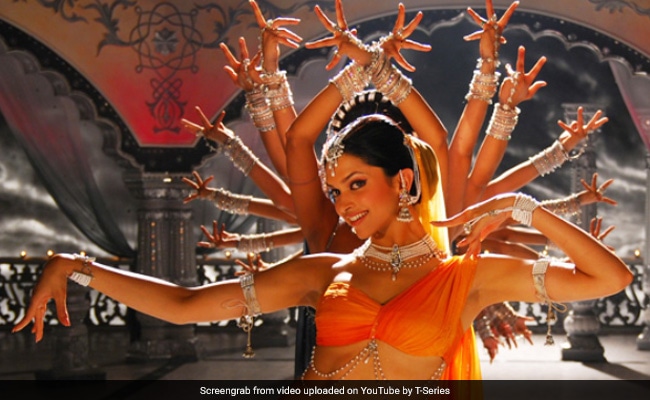 Can you believe it’s been 13 years since Shah Rukh Khan and Deepika Padukone‘s blockbuster Om Shanti Om released in cinemas? The film, directed by Farah Khan, marked Deepika Padukone’s Bollywood debut. On the 13th anniversary of Om Shanti Om, which released on November 9 in 2007, the actress got nostalgic and dedicated his Instagram, as well as Twitter moniker to Shantipriya, her character’s name in the 2007 film. In the reincarnation and revenge drama, Deepika Padukone played double role of 70s’ actress named Shantipriya and Sandhya, a modern-day woman. On Monday, Deepika also changed her display picture on Instagram – it’s currently a photo of the actress and Shah Rukh Khan from their film.

Take a look at the screenshot of Deepika Padukone’s Instagram moniker here:

Deepika Padukone was modelling when she was cast in Om Shanti Om. She has walked the ramp for late designer Wendell Rodricks, on whose suggestion Malaika Arora passed on the actress’ name to Farah Khan for her 2007 film. For her performance in Om Shanti Om, Deepika also bagged the Filmfare Award for Best Female Debut.

Om Shanti Om also starred Arjun Rampal, Kiron Kher, Shreyas Talpade, Javed Sheikh and Yuvika Chaudhary, among others. Many other celebs like Rekha and Salman Khan made special appearances in the film for different dance sequences.

After Om Shanti Om, Shah Rukh Khan and Deepika Padukone went on to co-star in two more films. In 2013, they co-starred in Chennai Express and the next year, in Farah Khan’s Happy New Year.

Deepika Padukone will next be seen in Kabir Khan’s ’83 and a Shakun Batra film.