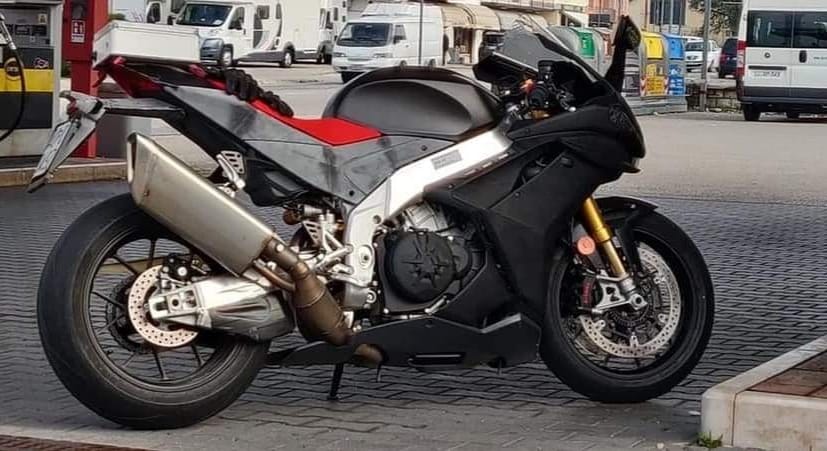 Latest spy shot reveals what appears to be the 2021 Aprilia RSV4 undergoing on-road testing prior to an official launch.

Aprilia may be getting ready to release an updated 2021 model of the Aprilia RSV4 as latest spy shots reveal. The images, posted on social media, reveal that the 2021 Aprilia RSV4 could possibly in the late stages of testing and the design language appear to be somewhat different than the outgoing model. And from the first look, it appears that the RSV4 bears a faint resemblance to the recently introduced Aprilia RS660. Or the other possibility could be that the test mule seen in the spy shots could be sporting the RS660 front fairing, and the production RSV4 could well come with a different fairing design altogether.

The frame of the 2021 Aprilia RSV4 looks more or less identical to the one seen on the previous machine, with the bike sporting the same adjustable swingarm pivot and casting marks as before. One part of the new bike that looks slightly different is the swingarm, which is blacked out with duct tape on the prototype. The swingarm could be a new unit on the 2021 model, along with an Euro 5 engine as well as LED lighting. Also expected are an updated TFT screen, blacked out new alloy wheels and gold anodised upside down front forks.

What is not clear is what other changes will be done to the updated model, with a possible change in output. In comparison, the Euro 4, 1,078 cc, V4 engine makes 217 bhp of power at 13,200 rpm and 122 Nm of peak torque at 11,000 rpm. Whether the engine will sacrifice some output to meet the new regulations, or if there will be other changes, will be known when Aprilia finally announces the new model. We estimate more details to be revealed in the coming weeks.