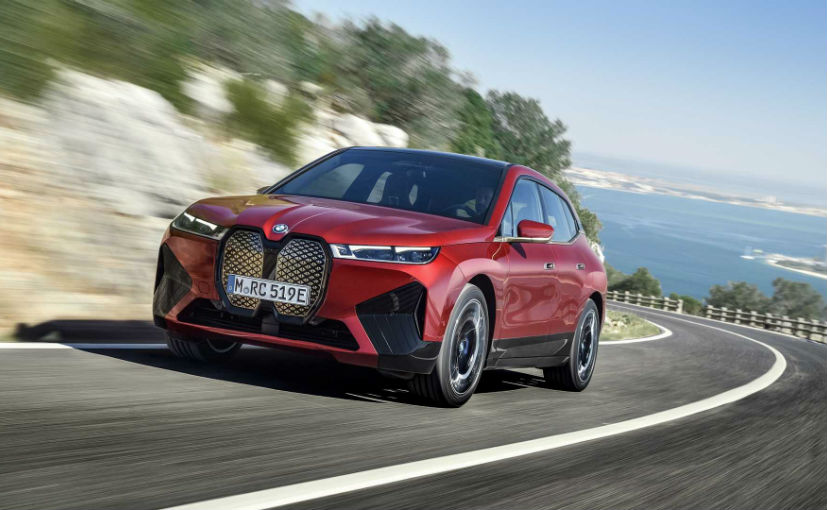 The 2021 BMW iX is the all-new all-electric SUV from the Bavarian auto giant and is also the brand’s new flagship offering that will enter production next year.

BMW has pulled the wraps off the new iX all-electric SUV, it’s new flagship offering that comes with a completely new platform, design language and connected tech. The all-new offering is about the same size as the BMW X5 in length, while the height is about the same X6. The wheel size is identical to the X7. The design language is new as well with Bavarian auto giant slapping that giant kidney grille on its top-of-the-line electric offering as well. If you thought the new M4 was a bit ostentatious, please let us know what you think about this.

The 2021 BMW iX is based on the brand’s new architecture that uses an aluminium spaceframe and innovative carbon cage for high torsional stiffness while minimising weight. It’s been specifically developed for battery electric vehicles. The company says that the design language on the SUV is minimalistic and brings a future-oriented design with a more sustainable vehicle concept. The design also favours form and the Shy Tech principle shapes the BMW grille and bonnet on the SUV. The grille also serves the purpose of incorporationg the intellgent driver assistance systems including the radars, cameras and sensors, while the BMW eDrive powertrain is hidden behind the bonnet. BMW also says that the computing power on the new iX has been developed to proces 20 times the data volume of previous model.

“We are setting new industry standards with the technology in the BMW iX. The iX has more computing power for data processing and more powerful sensor technology than the newest vehicles in our current line-up, is 5G-capable, will be given new and improved automated driving and parking functions and uses the high-performing fifth generation of our electric drive system,” says Frank Weber, Member of the Board of Management of BMW AG, Development.

The new BMW iX is also the first vehicle from the automaker to feature the new hexagonal steering wheel, which the automaker says imrpoves ease of access and provides the driver a better view of the information display. Interestingly, the seat adjustment buttons have now been moved to the door panels on the iX, taking a page right out Mercedes-Benz’s playbook. Another familiar bit is the continues dual screen that is split in the centre for the instrument and infotainment displays. The electric SUV also has the largest glass surface ever fitted in a BMW offering. A rocker switch has been used for gear selection, while the car also features BMW’s new operating system. The SUV will also come with semi-autonomous tech when it enters production.

The all-new BMW iX also features the brand’s fifth-generation all-electric powertrain that uses two electric motors that develops a combined output of 375 kW or 503 bhp. The new powertrain helps propel the electric SUV from 0-100 kmph in under 5 seconds. It’s equally quick in terms of recharge times and can fully recharge up to 70 per cent in in 40 minutes using a 200 kW fast charger. A quick minute charge will juice up the car for 120 km. BMW claims a range of 600 km as per Europe’s WLTP test cycle. However, do note the car is still a development stage, and the final figures will vary on the vehicle.

The new BMW iX will reach the assembly line sometime in 2021 with production to begin at the Dingolfing facility in Germany by the second half of next year. The market launch in developed nations is expected to begin by the end of 2021. There’s no word yet on when the India launch of the iX but we do expect the model to arrive in the country sometime in 2022.