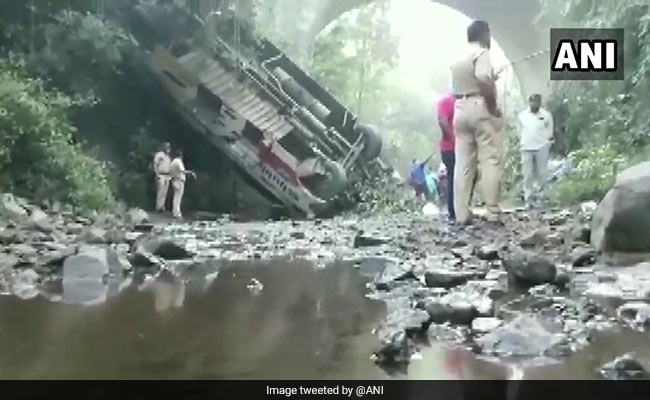 A team of police officials is undertaking the rescue operation.

Five persons were killed and at least 35 injured after a bus they were travelling in fell into a gorge near Khamchoundar village in Nandurbar on Wednesday.

The injured have been taken to the Civil Hospital in Nandurbar.

According to Mahendra Pandit, Superintendent of Police, at around 1 am, a bus travelling from Malkapur to Surat fell into a 60-80 foot deep gorge after another bus dashed into the bus.

“Five persons including the driver, cleaner, and three of the passengers, have died on the spot,” said Mahendra Pandit.

“Other 35 passengers on board were injured and have been shifted to Civil Hospital Nandurbar for treatment,” Mahendra Pandit added.

A team of police officials is undertaking the rescue operation.

“March 1 Is Like An Anniversary For Me”: Delhi’s First Covid Patient

Heroin Worth Over Rs 25 Crore Seized In Bengal, 1 Arrested: Police