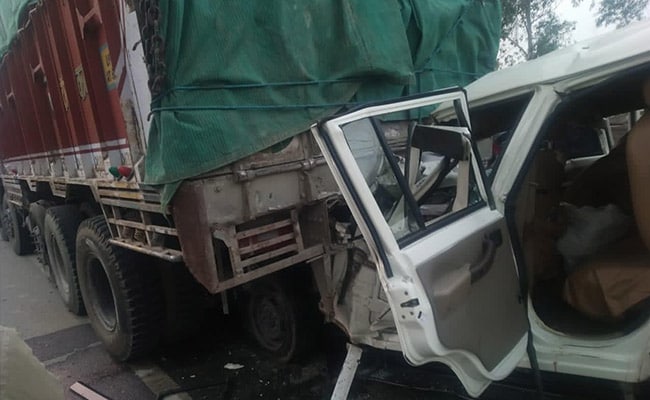 Fourteen people, including six children, died in a tragic road accident in Uttar Pradesh’s Pratapgarh after their car rammed a truck on the highway late on Thursday.

All the occupants of the SUV died in the crash and a number of people have been injured. The accident happened around 11.45pm on Thursday on the Prayagraj-Lucknow highway near Deshraj Inara village.

Visuals from the accident shows a crumpled Mahindra Bolero being pulled out from the back of the truck.

Pratapgarh Superintendent of Police (SP) Anurag Arya said the truck had been parked at the side of the highway due to a punctured tyre when the SUV rammed it from behind. Half of the car was pulled out in a mangled state from under the truck later by police officials, he said.

All victims were returning home to their village in Gonda after attending a wedding, the police official said, adding that all help has been assured to the families of the victims.

The bodies will be sent for an autopsy today.