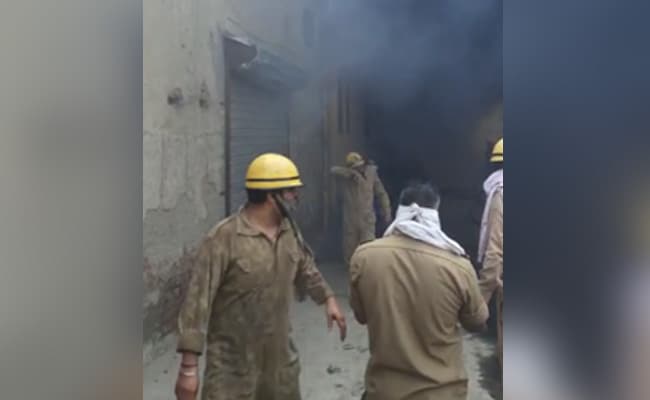 At least six people were feared missing after a massive fire broke out at a warehouse of shoes in West Delhi’s Udyog Nagar this morning, officials said.

24 firetrucks were rushed to Apeksha International’s warehouse and 15 more have been called in. Two ambulances are also at the spot.

Rescue operations are underway and efforts are on to control the blaze.

Top fire officials have also reached the spot. “At least 5-6 people are missing. I am rushing to the spot. Fire is not under control. 31 fire tenders are present at the spot,” Atul Garg, Director of Delhi Fire Service told news agency ANI.

The fire broke out at around 8.30 this morning. No injuries have been reported so far. The cause of the blaze is still unclear.

Watch: Train Hit By Landslide After Massive Rain, Goes Off Tracks In Goa