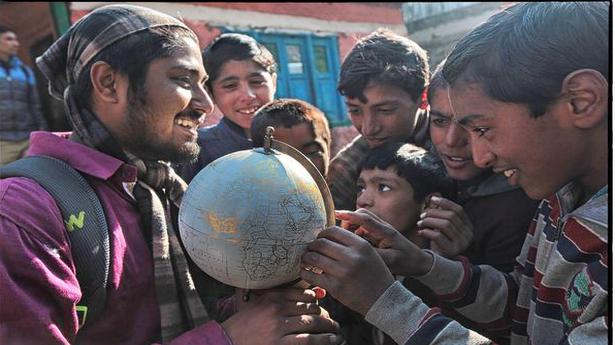 A photograph by Vijay Jodha captures the happy, smiling faces of school students trying to spot their village on a globe.

The village is in Gurez Valley of Kashmir, near the LoC. Observing the cheer among the students in this tumultuous region, Jodha knew it was a special moment. This and several other images by 10 photographers are featured in the virtual exhibition Three for 30, curated by Goethe Zentrum, Hyderabad. The exhibition commemorates 30 years of German Unity Day (October 3) and doffs its hat to the Gandhian principle of non-violence with its theme of peace, harmony and unity.

Jodha recalls his visit to the Valley, “I was travelling with Honeybee Network which supports innovators at the grassroots; the organisation also encourages school students to come up with new ideas and gifts those who come up with something innovative. A globe was gifted to these students and they were thrilled, trying to identify Kashmir and their village.”

Three for 30 features three images by each of the 10 photographers. Amita Talwar delves into her extensive travels to showcase a candid image of two young monks sharing a fun moment, and a devotee finding peace with a sacred thread tied around the wrist.

The photographers’ impressions on non-violence, unity and harmony are diverse. Harpal Singh who has reported extensively on life in Telangana, captures a group of men cycling on the highway and others perched on trucks on a long journey home. Samar Jodha underlines the idea of unity through outstretched arms of a bunch of school children. Namrata Rupani documents the tranquillity at Quli Tub Shahi tombs, and the orange-hued skies of Hyderabad against the Hussain Sagar lake.Saurabh Chatterjee who has been documenting cities and communities, takes viewers into Hyderabad’s Old City where an idol of goddess Durga is being transported for installation in a pandal as burqa-clad women stand by. In this part of Hyderabad, festive celebrations witness an intermingling of communities. In another image, he trains his lens on Hindu and Muslim boys partaking in Holi revelry.

Yet another image from Varanasi shows a Muslim man beaming at the sight of the ghats lit up in rows of diyas. “All these are candid images. The smile you see on the man near the ghats is heartfelt. In Varanasi, people living close to the ghats take up the responsibility of cleaning and decorating the ghats for Dev Diwali. I came across this Muslim gentleman who was pleased with the decorations they had done earlier in the day,” says Chatterjee.

During his repeated visits to Varanasi, Chatterjee observed how different groups spruce up the ghats for the festivities: “Visitors from Telangana and Andhra Pradesh make elaborate floral rangolis on which the diyas are placed.”Dipping into his archives, Sreesailem Pasupuleti was reminded of the time in Vrindavan when he noticed a man walking with his pet rooster: “People worshipping cows is a common sight in Vrindavan and while capturing one such moment, I spotted this man. I followed him and learnt that he has three pet roosters.” 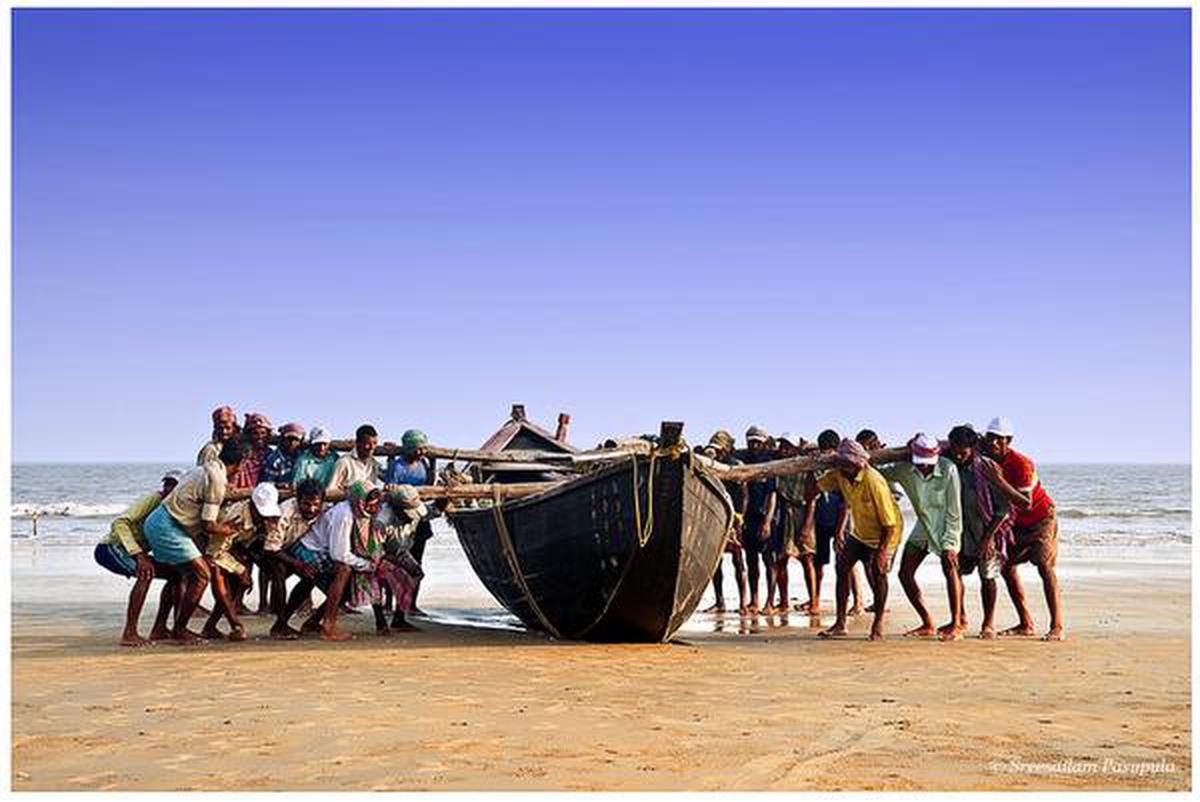 Elsewhere, in a fishing hamlet in West Bengal, Pasupuleti spotted a group of fishermen hauling a boat towards the shore: “The fishermen work in unison. They head out in groups of 10, on a boat, and the trip lasts anywhere between two to five days. They return with a good catch, which is offloaded, and they haul up the boat together for cleaning and repair work.”

The exhibition includes a few arresting images by photographers Serish Nanisetti, Swarat Ghosh, and Sourav Nandi, and is on view till November 7.

‘The Girl on the Train’ movie review: A supposed suspense-thriller with a lacklustre attitude