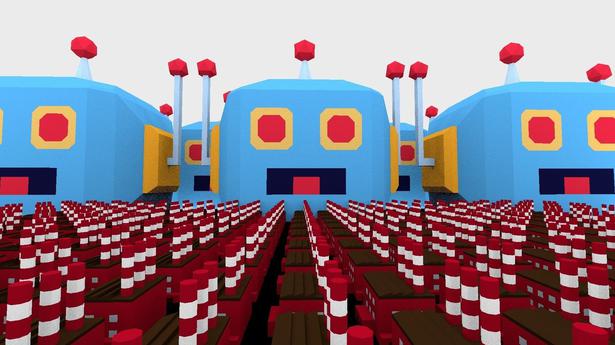 It is an online game in which users can try out possible options to pursue in an increasingly automated working environment.

Imagine you’re in a job that is under the threat of automation. A scenario where your work can be performed by a robot with higher efficiency. That possibility is not very far away for a significant number of tasks which can be automated or done by machines.

To help people see that reality in a game-format Alex Rutherford, a scientist at Max Planck Institute for Human Development, and Francis Tseng, a game developer, developed ‘The Automated Life’. It is an online game in which users can try out possible options to pursue in an increasingly automated working environment.

“We’re seeing time and again how the accelerating pace of automation is causing people a lot of stress and generating a sense of fear about the future,” Rutherford, said in a release. “Our aim was to capture this in a game and show how people in low-paid jobs experience automation.”

Players begin the game with a job that is seriously under threat by automation. They are required to save money for skill development and apply for new jobs, thereby getting further training and employment opportunities.

Concurrently, automation advances and technological developments continuously eliminate jobs. Players have to be mindful of the time left before they retire, monitor their bank balance, as well as make smart decisions in order to triumph over automation and finally enjoy a well-deserved retirement, the institute explained in a release.

Also Read | How to build the ultimate gaming crib

“In computer games, the developers set the rules, players can only make limited decisions. So, in fact, it’s rather similar to automation in working life,” Tseng, said in a release.

The aim of the online game will be to analyse players’ data anonymously so as to be able to use it for further research, the institute said.