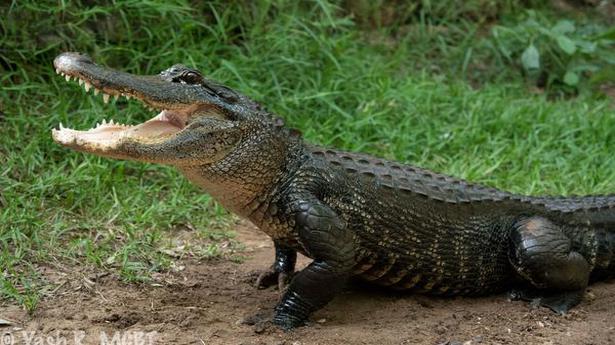 As Madras Crocodile Bank waits to welcome visitors again, enclosures are being painted to resemble the reptiles’ habitats of origin

For all of Ally’s 17-year-old life, Madras Crocodile Bank Trust (MCBT) has been home, as it has been for her parents. Now, this young alligator is also surrounded by reminders of her heritage — the outside of her pen is painted with animals and birds that originate from the Everglades in Florida, US.

With the continuing downtime at the enclosure, Croc Bank has found time for renovation.

Pen 1, comprising three enclosures — housing the Cuban crocodile, a critically endangered species in the (International Union for Conservation of Nature) IUCN list, Ally, the alligator and the slender-snouted crocodile — has been painted to resemble the habitat of origin of each of these three reptiles. They sunbathe inside as murals of their warmer blooded friends, including leopards, elephants, and the Cuban tody, pop out of the wall to keep an eye on the visitors.

“We were very lucky to have got a grant from Cholamandalam Finance, as part of its CSR, just before the lockdown started, to reconstruct our first pen,” says Zai Whitaker, author and director MCBT.

“We wanted the pen art to give people an idea of the kind of habitats these species live in,” explains Zai. “So you have the hutia from Cuba, which is a funny little animal — looks like a large guinea pig, and then you have raccoons for the alligator.” The slender-snouted crocodile is from West Africa, and so, has leopards and elephants for company. 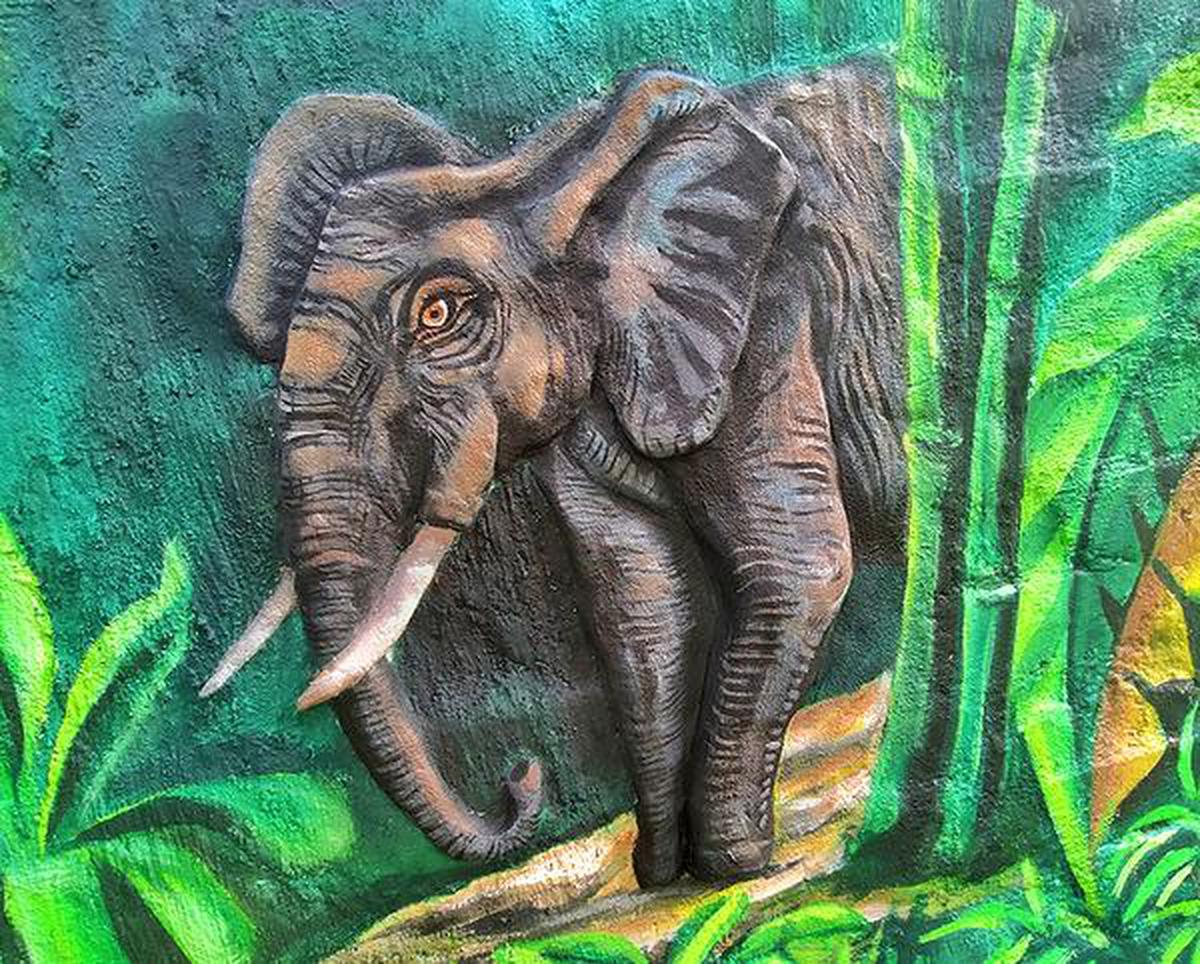 The artists behind the project, K Veerabathiran and his team, belong to the nearby village, Vadanemmeli in Kanchipuram.

“I have been working with this wonderful group since I rejoined the Croc Bank in 2015,” says Zai. The team has previously painted stone pillars and signboards imparting information on birds and snake bites for the centre. Pen 8, which is one of the mother pens, is illustrated with information on crocodiles for kids. “We realised people engage with visual information better. So we thought why not do more of that, the Croc Bank is full of walls!” adds Zai.

Even though it is primarily a reptile zoo, Zai thinks adding wall art of mammals and birds is a good idea as it emphasises the reptiles’ place in the ecosystem.

“From the beginning, when Rom [Whitaker] started his work and I joined him, our real mission was to bring reptiles into the sphere of conversation. By that time in the 1970s, everyone wanted to save the elephant and giraffes, and called for Project Tiger, but snakes were still called pests. So this is part of our journey to make people feel more empathetic towards reptiles.”

What is also likely to help is the dynamic nature of the first three reptiles that visitors will meet upon entry. Ally is currently being trained in basic communication. The over seven-footer appears when called, and understands a mixture of visual and voice commands, including instructions to look up at the trainer, hold the position, jump, or get into the water again.

Despite having to make do without visitors for all this while, Zai believes that the pandemic has underlined how much support the centre has from Chennai. “The response we have had, in terms of donations as well, shows us that people in Chennai see this place as important to the city and are willing to protect it,” she says, happily.

This murukku has a sense of humour

Amazon teams up with Mahindra, deploys nearly 100 EVs for deliveries

What lies beneath the Jawa Forty Two