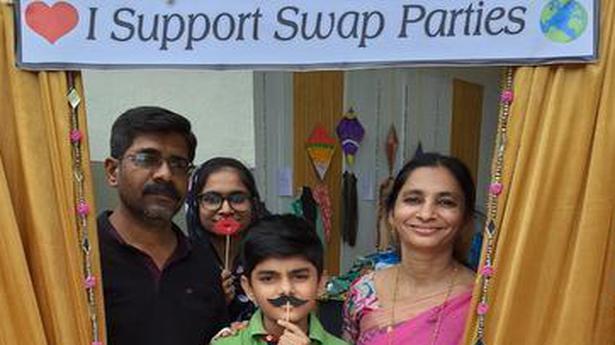 Clothes swap parties are common in Europe and America. Last weekend, a college student organised it for the first time in Dindigul

Vipin V is your next door college boy, who also worries about the environment and carbon footprint. Last year, this student of biomedical engineering at PSNA College Dinigul, attended a lecture on global textile wastes and the staggering amount of clothing that ends up in landfills. The statistics haunted him.

During the lockdown, he researched on the subject and learnt that the fashion industry is responsible for 10% of global carbon emissions. “I looked at my wardrobe and felt guilty about my shopping pattern,” says the 20-year-old. As he began to de-clutter his cupboard, the idea to collect piles of not-so-old and worn out dresses from others flashed through his mind.

He requested for clothes as donation, which could be sanitised and swapped or upcycled into useful products for a clothes swap party. His parents (mother is a school teacher and father is a senior officer with LIC) supported his idea and the word was spread through personal calls and on social media. Vipin explains the three-fold concept: You give clothes that you no longer wear and take free clothes that other people don’t wear anymore, if they fit and suit you better; Someone else will breathe life into your old garments and have the freedom to experiment with it to their liking perhaps; No price tag attached. 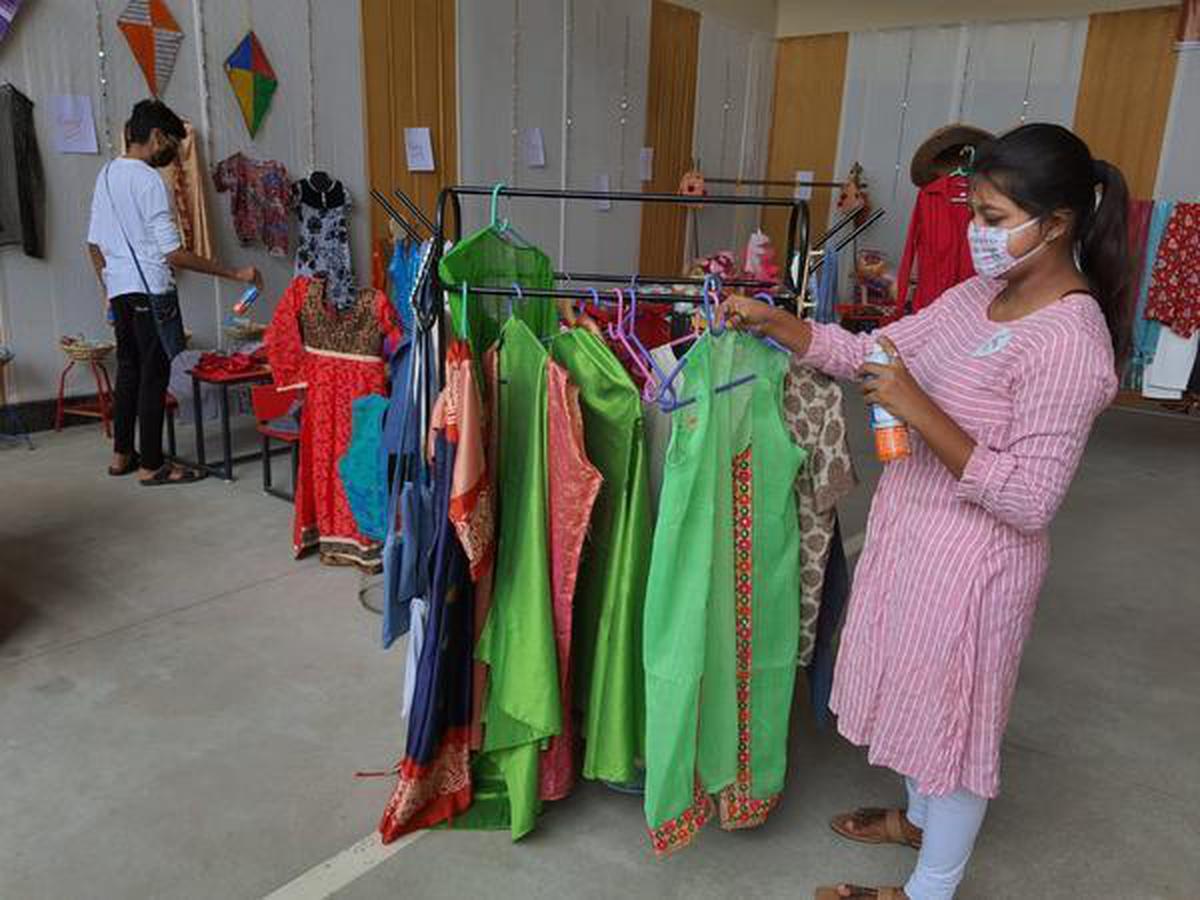 Clothes call Visitors at the event; (Below) Vipin V, the organiser SPECIAL ARRANGEMENT

Actor Prithvi Raj and VJ/ TV anchor Priyanka Deshpande appeared in promotional videos that were circulated through various whatsApp groups and on social media urging people to make a responsible choice as Vipin formed a team of volunteers including his family members, house helps, friends and the neighbourhood tailor. Not only people from Dindigul, but many from Madurai, Theni, Sivakasi came forward with bags of their unwanted clothes. “We spent hours segregating them. Kids’ clothes and many churidars, saris and men’s suits that the owners perhaps wore only once or never were dry-cleaned. All other old clothes were washed, cleaned, ironed and converted into fancier items such as jackets, shrugs, blouses, tops, long overcoats, head scarves, masks, different types of bags and wall hangings,” says Vipin. 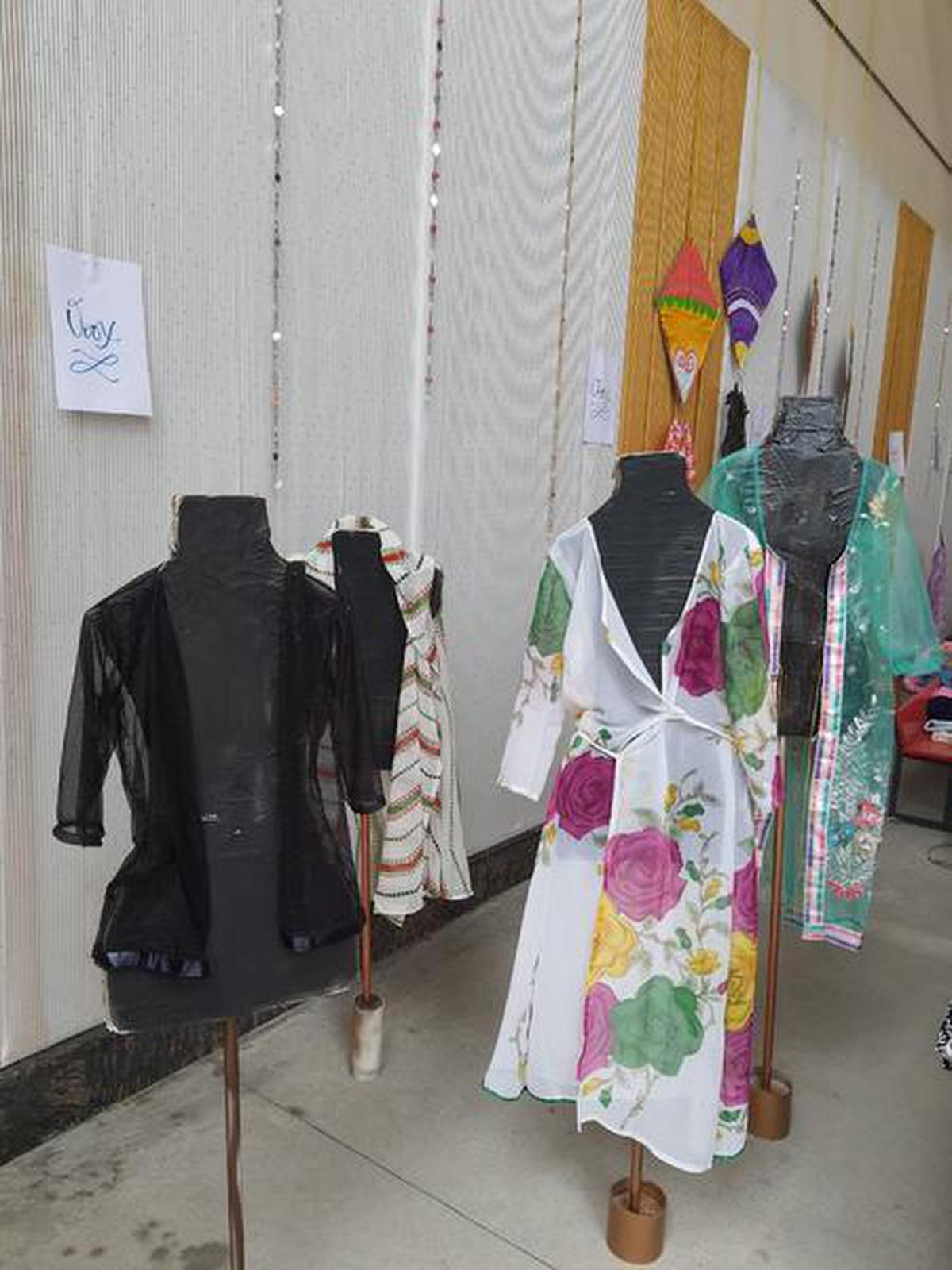 Vipin was initially sceptical about people wanting to take used clothes. “In India, the concept of recycling clothes is very different and not done from an environmental point of view. I was determined to introduce the idea to educate people and create awareness about sustainable fashion,” he says.

Last weekend he hosted the first-ever clothes swap party in his city with all safety measures in place, inside a school building on the Dindigul-Karur highway. The three day event spaced out the crowd and the venue helped to display the items keeping social distancing norms in mind. 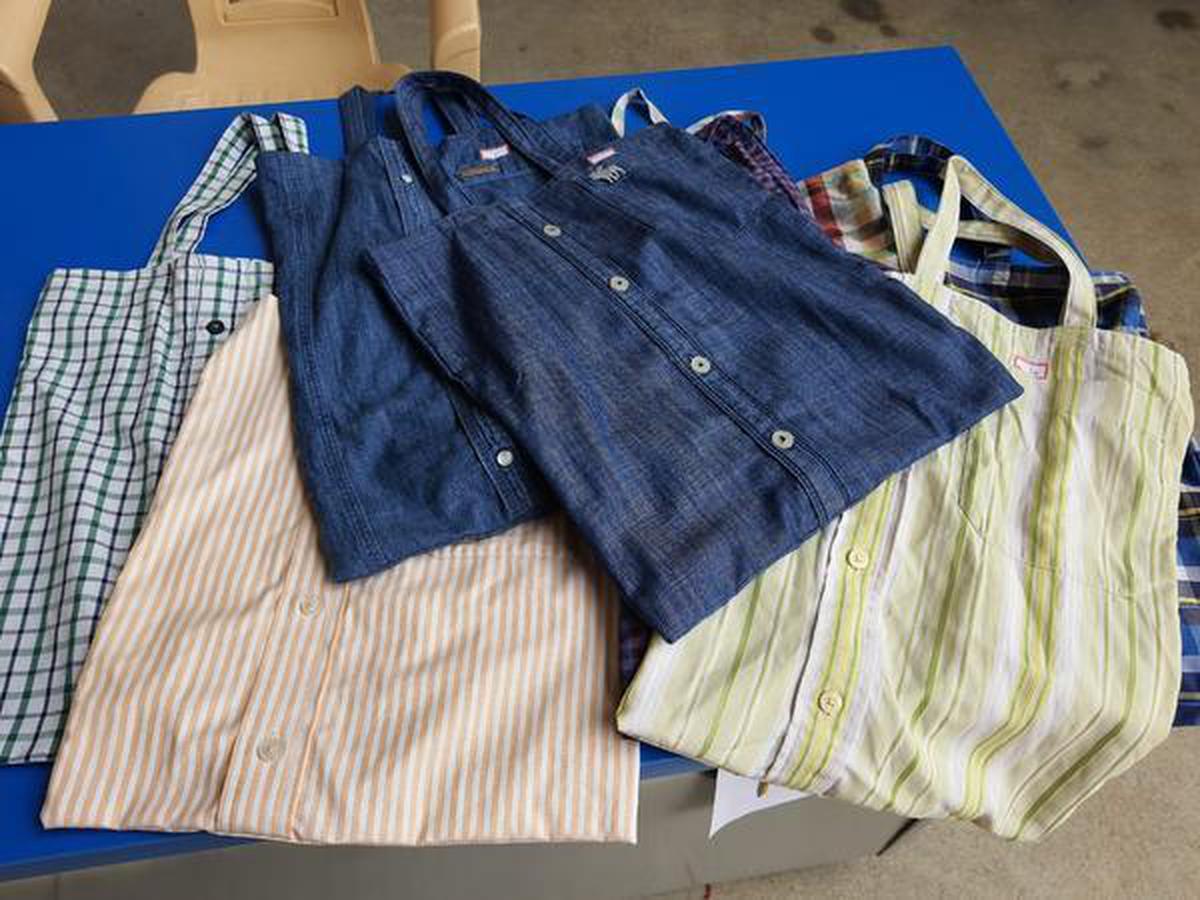 Homemaker A Naeyah says she returned impressed with the unique shopping experience. The venue was decorated like a party. For an entry fee of ₹100 each, we got free snacks and a drink and enjoyed the fun activities such as calligraphy, photography, face painting, mehendi and tattoo. “We could pick up any dress of our choice free of cost,” she says.

School teacher Rizwana Riyas donated several of her old dresses and dupattas. And she was thrilled to see some of her shawls hanging as short coats. She picked up sling bags made from worn out jeans and old pyjamas. “Some of the upcycled clothings were priced between ₹20 and ₹150 and had many takers though payment was voluntary,” she says. Ananthy Pandiyar, an entrepreneur, went on two days and found the event well planned. Her first visit was out of curiosity. “I was not comfortable about picking up used stuff. But nothing looked second-hand. By the last day, majority of the clothes were gone,” she says, adding, the worn out fabric was neatly and creatively converted into attractive and useful items.”

Many school and college goers donated their modern tops, shirts and T-shirts which they describe as dubious and impulsive fashion purchases that tend to fill up the cupboards. “I felt happy to see somebody else liking and picking it up. This is perhaps a better way to refresh and restyle your wardrobe,” says Rishi, a high school student.

Vipin is happy that visitors found his event enjoyable and practical. “Many have already requested for the next one soon and to notify them going by the comments in the visitor’s book,” he says, adding, “the swap party is a mindful way to deal with old clothes and to curate a minimal and inexpensive wardrobe for yourself. It helps to understand the benefits of slow fashion and how our wardrobes impact the environment.”

Vipin collected close to 1,000 pieces of clothings and upcycled 600 of them for the swap party. He plans to donate the left-over items and the money earned to orphanages and old age homes. “By swapping clothes, we can break the fast fashion chain and reduce the fashion footprint. It is like a shopping fix that doesn’t hurt the environment,” he says.