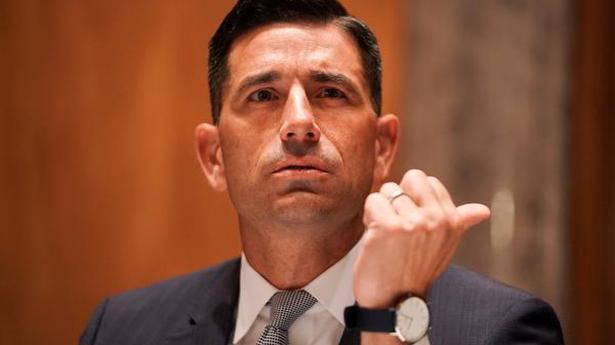 Acting Homeland Security Secretary Chad Wolf is stepping down from his post, days after criticising President Donald Trump over the riot at the U.S. Capitol.

Mr. Wolf said in a message to staff that he would step down at 11.59 p.m. on January 11, even though he had earlier said he planned to remain in his job. He said Pete Gaynor, who ran the Federal Emergency Management Agency, would become the acting Homeland Security Secretary.

The resignation comes a day before Mr. Trump is set to visit the U.S.-Mexico border wall.

Mr. Wolf said he has condemned violence on both sides of the political aisle, specifically directed at law enforcement. He tweeted “we now see some supporters of the President using violence as a means to achieve political ends” and called that unacceptable.