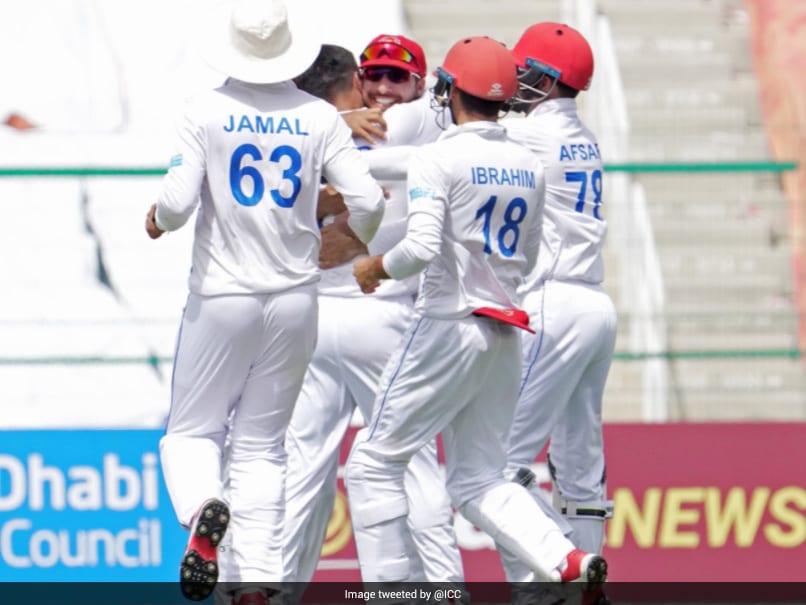 Ace leg-spinner Rashid Khan and fellow slow bowler Amir Hamza shared seven wickets between them to leave Zimbabwe battling to avoid defeat in the second Test in Abu Dhabi on Friday. Forced to follow-on after being dismissed for 287 all out, Zimbabwe were 24 without loss in their second innings after the third day’s play at Sheikh Zayed Stadium. Afghanistan had made a mammoth 545-4 declared in their first innings. Openers Kevin Kasuza was unbeaten on 20 and Prince Masvaure was on three as Zimbabwe still need 234 runs to avoid an innings defeat.

Afghanistan will hope their spinners Rashid Khan, who took 4-138 in a marathon 36.3 overs, and Hamza run through Zimbabwe once more to level the two-match series.

Beginning the day on 50 without loss in their first innings, Masvaure (65) and Kasuza (41) took Zimbabwe to 91 before the Afghan spinners ran riot.

Rashid made the breakthrough when he had Kasuza caught behind. Hamza then accounted for Masvaure as wickets continued to fall in the second session.

Tarisai Musakanda played a robust innings of 41, hitting a six off Rashid but the leg-spinner had him leg-before off a googly.

Hamza, who finished with 3-73 dismissed Ryan Burl for nought as Zimbabwe were in danger of being bowled out for under 200.

But Sikander Raza, who topscored with 85, shared a fighting 53-run stand for the seventh wicket with Regis Chakabva who made 33.

Rashid dismissed both to end the Zimbabwe innings.

Raza batted solidly for 185 minutes, hitting seven boundaries and a six but ran out of partners and was last man out slogging to long-off.