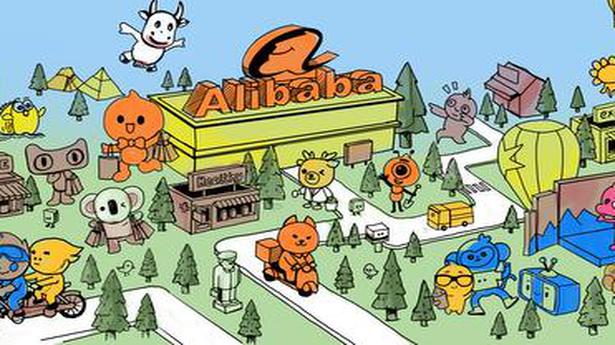 The ruling Communist Party of China takes aim at the tech conglomerate and its charismatic founder, Jack Ma

Since the stunning rise of the e-commerce giant Alibaba, few people have strode China’s political and economic landscape with the swagger of Jack Ma.

A household name in his country — where he is known by his Chinese name, Ma Yun — and perhaps the most well-known Chinese personality in the world along with the country’s President, Mr. Ma isn’t merely China’s richest man and the founder of a tech behemoth.

He is in every sense a public figure who has neither shied away from the limelight, unlike many of his publicity-wary peers, nor refrained from voicing his views on matters of national interest that the members of China Inc. usually scrupulously avoid. Mr. Ma would perhaps happily describe himself as a man for all seasons — after all, he has starred in a Kungfu action film with Jet Li and just this October, crooned a duet with the most famous singer in China, Faye Wong.

Unfortunately for Mr. Ma, it wasn’t only the duet with Ms. Wong that he lent his vocals too that month. Speaking at a high-profile financial forum in Shanghai on the eve of the planned world record-breaking $35 billion IPO of his Ant Group — the financial arm of the Alibaba empire which is behind China’s biggest digital payments company Alipay — Mr. Ma, in his characteristic no-holds-barred style, slammed the state of China’s financial ecosystem, with the country’s top regulators in attendance, and described not-so-tactfully China’s powerful State-run banks, whose monopolies his Ant Group has eroded, as “pawn shops”.

Whether or not the speech was the tipping point remains unclear, but regulators stunned the world by promptly suspending the IPO. Then came the second hit. On December 24, authorities said they would launch an antitrust investigation into alleged monopolistic practices of the Alibaba Group and Tencent Holdings, the other Internet giant and Alibaba-rival behind WeChat. “If monopoly is tolerated,” said the People’s Daily, the Communist Party’s official newspaper, “and companies are allowed to expand in a… barbarian manner, industry won’t develop in a healthy.. way.”

The regulators may well have had a point. The stunning success of Alipay and WeChat has certainly made China’s fintech ecosystem reliant on two apps without which digital finance in China would come crashing down. Alipay, in 2019, crossed 1.2 billion users, with WeChat recording more than 1 billion. The great irony, of course, was that the Alibaba Group had, more than any other, fought the monopolies of State-controlled banks. The grouse of entrepreneurs like Mr. Ma was that for the State, some monopolies appeared more welcome than others.

Mr. Ma (56) is a former school-teacher whose rags to riches story is emblematic of the China boom after the turn of the century. Founded in 1999 in Hangzhou, a beautiful city of lakes in eastern Zhejiang, a province famed throughout Chinese history for its enterprising businesspeople, Alibaba rose to fame as a business-to-business portal. It expanded into direct sales with consumers just as China’s Internet boom took off, with Taobao and Tmall carrying the growth of the world’s fastest-growing e-commerce market.

Alibaba was more than a business. It became a cultural and social phenomenon. It even birthed its own festivals — “Singles Day”, celebrated every year on November 11, has become China’s biggest celebration of consumption. Alibaba recorded $74 billion in sales this year when the daily festival was extended to an 11-day extravaganza in November, which is more than India’s estimated online sales in an entire year.

The launch of Alipay in 2003 was the real game-changer. The payments portal grew into a financial behemoth in its own right, becoming not just the favoured method of payment for commercial transactions but also the go-to funding choice for millions of small businesses that were shunned by conservative Chinese banks.

A decade later, Mr. Ma would launch Yuebao, a money market fund offered through the Alipay app that by 2017, in a span of just four years, amassed assets worth $170 billion making it the world’s largest.

The success of both underlined the limitations of China’s own State-controlled banking sector, which offered lower interest rates for its customers and, as Mr. Ma put it memorably in October, imposed demands on small businesses in a way that a “pawn shop” would.

If, for a decade, Mr. Ma was beloved by Chinese authorities as a poster-boy of the country’s economic success, the mood towards China’s billionaires has, of late, taken a darker turn.

Mr. Ma isn’t the only one in the Party’s crosshairs. The Dalian Wanda Group, started by the industrialist who was previously China’s richest man, Wang Jianlin, was reined in by regulators in 2017 and forced to curb its rapid overseas expansion because of concerns over its debt. The group was then forced to sell assets and was cut down to size.

The following year, the Anbang Insurance Group which had, like Wanda, gone on an overseas expansion spree, came under the lens of regulators, and its billionaire chairman, Wu Xiaohui, was sentenced to 18 years in prison for corruption.

No one expects Mr. Ma to suffer a similar fate, but the recent moves certainly suggest a warning shot that underlines the Communist Party’s discomfort with companies that have grown too powerful, and in their own ways, have begun to challenge a system it prefers to tightly control.

Compliance is precisely what President Xi Jinping has made clear he expects from China’s private sector. Under Mr. Xi’s watch, the Party has robustly defended State-owned enterprises (SOEs) — which have long been criticised by China’s entrepreneurs for the preferential treatment they receive which, they say, has bred inefficiency — as one of the unique institutional advantages of the Chinese system.

The post COVID-19 situation has only deepened that impression, with Chinese officials praising State-run firms for their role in China’s economic recovery this summer. “Unlike risk-averse private firms, SOEs tend to rush to the forefront during difficult periods by increasing investment, cementing their main business and providing more jobs,” Dong Dengxin, an economist, told the Party-run Global Times, which reported in July that during the first of a pandemic-hit year, fixed-asset investment by State firms was up 7.2% and firms had stepped in to provide 1 million jobs.

That same month, Mr. Xi chaired a meeting with entrepreneurs, and called on them “to seek self-improvement in terms of patriotism, innovation, integrity, social responsibility and global vision, in order to lead enterprises out of the immediate plight and toward a brighter future.”

Mr. Xi also “demanded that entrepreneurs set a good example for society as a whole by their honest and law-abiding practices”.

And “a good example”, it increasingly appears, means not growing too big for the comfort of China’s ruling party.

Worldview with Suhasini Haidar | Is there a backchannel between India and Pakistan?

‘Simple Photoshop’: How a Pakistani counterfeiter may have aided Russian trolls