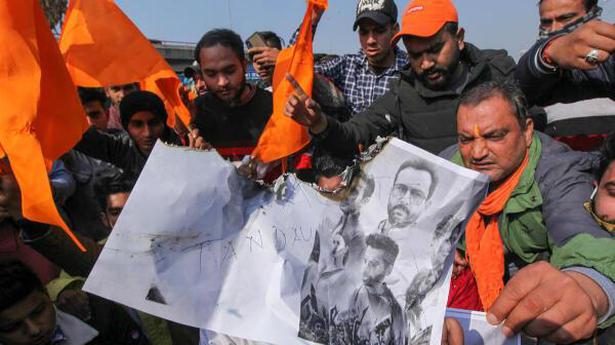 The streamer said it will continue to develop entertaining content with partners while “complying with the laws of India and respecting the diversity of culture and beliefs of our audiences”.

“Amazon Prime Video again deeply regrets that viewers considered certain scenes to be objectionable in the recently launched fictional series ‘Tandav’. This was never our intention, and the scenes that were objected to were removed or edited when they were brought to our attention,” Amazon Prime said in a statement.

“We respect our viewers’ diverse beliefs and apologise unconditionally to anyone who felt hurt by these scenes. Our teams follow company content evaluation processes, which we acknowledge need to be constantly updated to better serve our audiences,” the company added.

The streamer said it will continue to develop entertaining content with partners while “complying with the laws of India and respecting the diversity of culture and beliefs of our audiences”.

The cast and the crew of the Ali Abbas Zafar-directed series apologised twice. Eventually, the team decided to cut the objectionable portions.