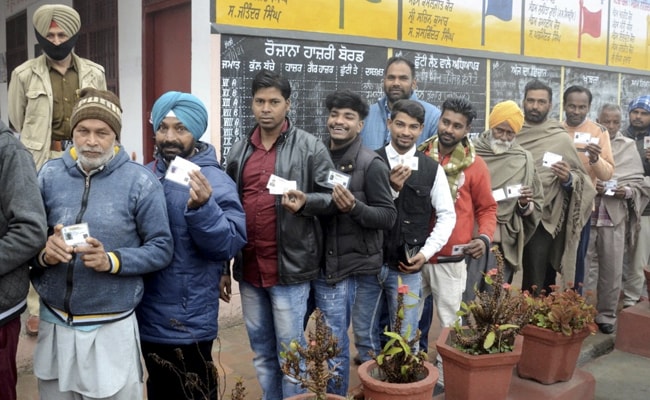 Counting of votes polled in the elections to Punjab’s 109 municipal councils and nagar panchayats and seven municipal corporations began this morning. The polls, held on February 14, saw 71.39 per cent turnout amid a raging protest spearheaded by farmers of the state against three new central laws.

Yesterday, re-polling was held in a few booths, the results of which will also be announced today. The poll panel has also ordered re-polling today in booth numbers 32 and 33 of the Mohali municipal corporation between 8 am to 4 pm. Therefore, counting for that corporation will be held only tomorrow.

Up to 9,222 candidates are in the fray overall. Of these, independents form the biggest chunk with 2,832; the Congress has the largest number of contestants among the official parties at 2,037 – its Muktsar candidate has already won unopposed. The BJP, which is facing fire on the farm laws front, has fielded only 1,003. The party is contesting without its Shiromani Akali Dal (SAD) alliance this time. The SAD itself has 1,569 candidates.

Opposition parties have accused the ruling Congress of “capturing booths” and “indulging in violence”, according to a PTI report.

The elections were held amid thousands of farmers from the state, along with many of those from Haryana and Uttar Pradesh, camping around Delhi since November in protest against the central laws. Over 150 protesters have died till now due to various reasons, including harsh weather and by suicide.

The protest burst into violence on January 26 and has, since, gained international attention.