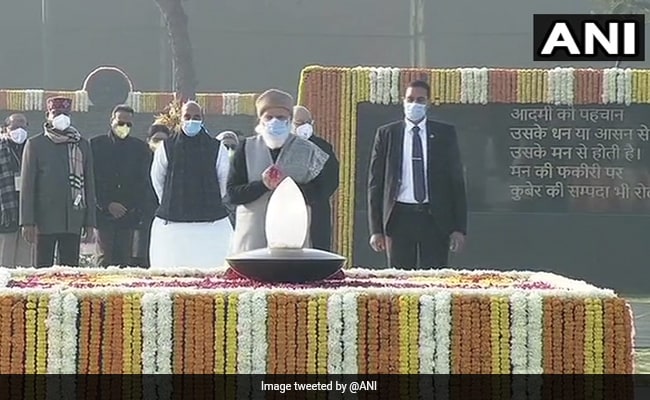 “Salute to former Prime Minsiter Atal Bihar Vajpayee on his birth anniversary. Under his visionary leadership, he took the country to unprecedented heights of development. His efforts to build a strong and prosperous India will always be remembered,” PM Modi tweeted in Hindi.

Several other Union Ministers, including Home Minister Amit Shah, Defence Minister Rajnath Singh, paid tributes to Mr Vajpayee. “Atal-ji’s sense of duty and service to the nation will always serve as an inspiration for us,” Mr Shah, who too placed flowers at Mr Vajpayee’s memorial today, tweeted in Hindi.

On Mr Vajpayee’s birthday, observed by the BJP as “Good Governance Day”, PM Modi will address nine crore farmers and clarify the centre’s position on the farm laws, as well as release the next batch of financial aid – ₹ 18,000 crore – from the PM-Kisan scheme.

Apart from politics, Mr Vajpayee was a prominent writer and wrote a number of poems.