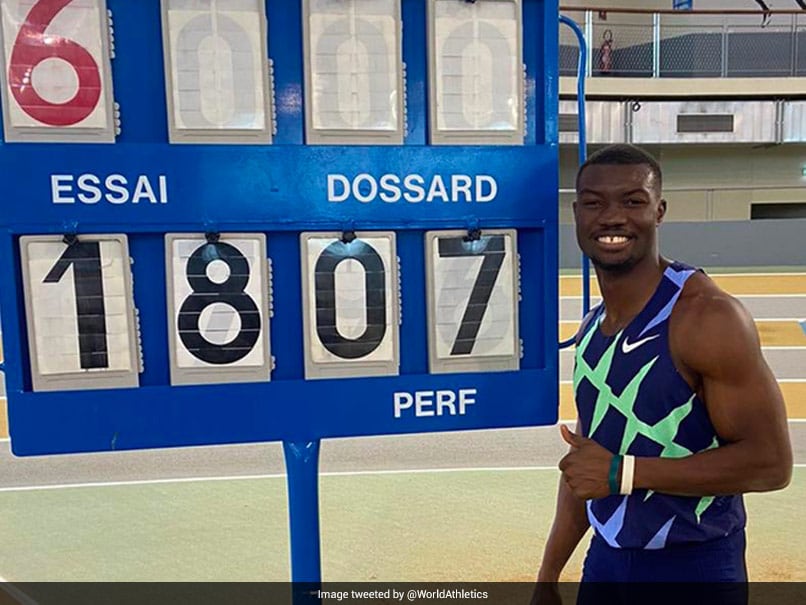 
Burkina Faso’s Hugues Fabrice Zango set a new world indoor triple jump record on Saturday, leaping 18.07 metres at the Meeting d’Aubiere. The world bronze medallist and African record holder both indoors and outdoors produced the record on his last jump, bettering by 15cm the previous record set by his French coach Teddy Tamgho, who jumped 17.92m to win European indoor gold in Paris in 2011. Zango’s record is the first 18m-plus jump achieved indoors. The 27-year-old opened his series with a foul but then landed a valid 17.33m effort in round two. After another foul in round three, he improved to 17.61m and then 17.70m – just seven centimetres shy of his lifetime best.

He saved his best for last, however, and bounded out to 18.07m with his sixth and final effort.