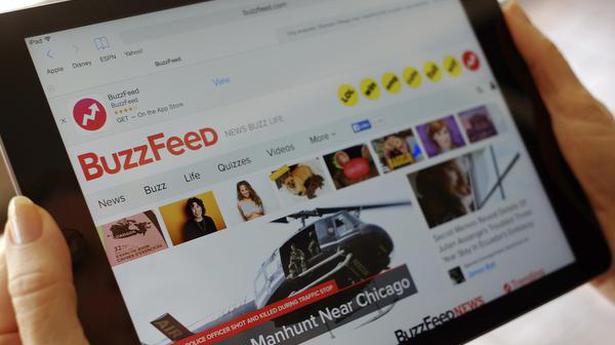 The deal allows BuzzFeed to take over HuffPost from parent firm Verizon Media, and to use content from other Verizon properties including Yahoo, according to a statement from the companies.

It also makes Verizon a minority shareholder in BuzzFeed, with the two firms agreeing to a strategic partnership for content and advertising.

“We’re excited about our partnership with Verizon Media, and mutual benefits that will come from syndicating content across each other’s properties, collaborating on innovative ad products and the future of commerce, and tapping into the strength and creativity of Verizon Media Immersive,” said Jonah Peretti, chief executive of BuzzFeed and one of the founders with Arianna Huffington of what was previously called the Huffington Post.

“I have vivid memories of growing HuffPost into a major news outlet in its early years, but BuzzFeed is making this acquisition because we believe in the future of HuffPost and the potential it has to continue to define the media landscape for years to come,” he said.

The early success of HuffPost and BuzzFeed prompted optimism about the future of digital-first media, but in recent years both have faced struggles in a difficult economic environment for the sector.

Mr. Peretti told BuzzFeed in an interview the deal was attractive because of “the brand and the audience” of HuffPost.

“We want HuffPost to be more HuffPosty, and BuzzFeed to be more BuzzFeedy — there’s not much audience overlap,” he was quoted as saying.

Verizon has become a major player in the segment with its acquisition of brands such as AOL, TechCrunch and Yahoo.

“Verizon Media’s strategy has evolved over the past two years to focus on our core strengths — ads, commerce, content and subscriptions,” said Guru Gowrappan, the Verizon Media chief executive. “The partnership with BuzzFeed complements our road map while also accelerating our transformation and growth.”