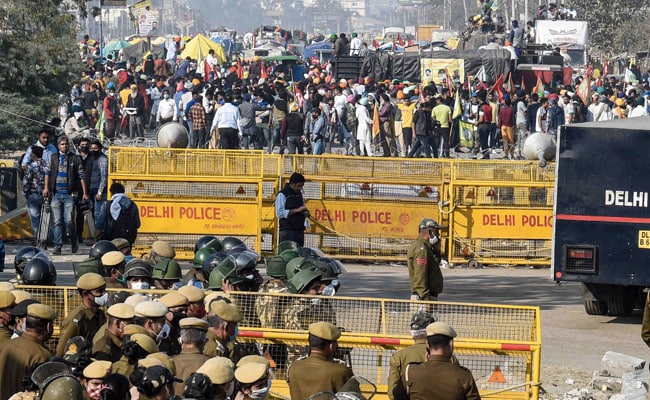 New Delhi:
The Centre has called farmers for talks on Tuesday, three days ahead of the scheduled date of December 3, as hundreds of farmers trickled in from Punjab at two borders of Delhi. Making the announcement, Union Agriculture Minister Narendra Tomar cited cold and coronavirus. There was no precondition. Farmers’ organisations have said more people from Amritsar region, who had stayed back to celebrate Gurpurab, are likely to reach the border by Tuesday. The protesters have threatened to block five entry points to Delhi. Earlier today, Union minister Amit Shah met Mr Tomar — the second meet within 24 hours — after protesting farmers rejected the proposal of early talks that hinged on them shifting their protest venue.

RRR: Ram Charan And Jr NTR’s Film To Release On This Date