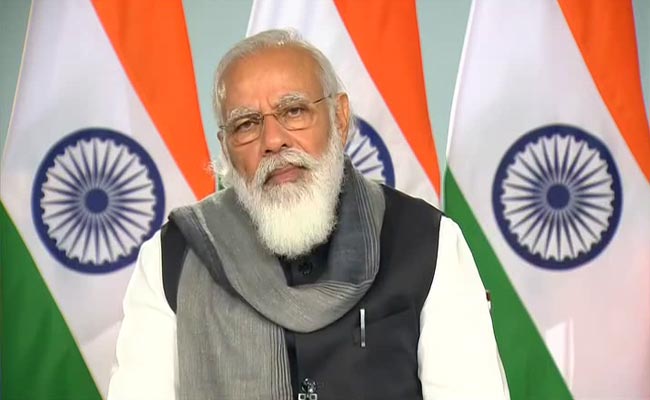 Frontline healthcare workers, elderly people and those suffering life-threatening symptoms and diseases will be among the first to get the Covid vaccine, Prime Minister Narendra Modi said during an all-party meeting called to discuss the coronavirus situation in the country.

“Our scientists are very confident of succeeding in their endeavour of making COVID-19 vaccine. The world is keeping a watch on the cheapest and safe vaccine. That is why the world is watching India. The first people to get the Covid vaccine will be frontline healthcare workers, elderly people and those suffering life-threatening symptoms and diseases,” he said during the meeting which is being attended by about 12 leaders from prominent political parties.

“Centre is in talks with state governments over the price of vaccine and decision regarding it will be taken keeping public health as topmost priority,” he added.

About 12 leaders from prominent political parties, including Leader of Opposition in Rajya Sabha Ghulam Nabi Azad (who is representing the Congress), Sudip Bandyopadhyay (Trinamool Congress) and Sharad Pawar of the NCP are attending the meeting.  Congress leader in Lok Sabha Adhir Ranjan Chaudhary is also attending the meeting. On Thursday, Adhir Ranjan Chaudhary had written a letter to Lok Sabha Speaker demanding a short Winter Session of Parliament to deliberate the COVID-19 situation and Farmer’s agitation among other issues of urgent national importance.

Apart from PM Modi, Defence Minister Rajnath Singh, Home Minister Amit Shah, Health Minister Harsh Vardhan are present in the meeting. Parliamentary Affairs Ministers Pralhad Joshi and ministers of state in the same ministry Arjun Ram Meghwal and V Muraleedharan, who reached out to floor leaders for the meeting, are also attnding the meet, according to reports.

While India has logged the second-highest number of cases in the world after the United States, it is one of the countries with the lowest deaths per million population globally.

This morning India added 36,595 fresh infections, taking the overall coronavirus case count to 95.71 lakh. The country’s Covid death count rose to 1,39,188 as 540 people lost their lives in this period.