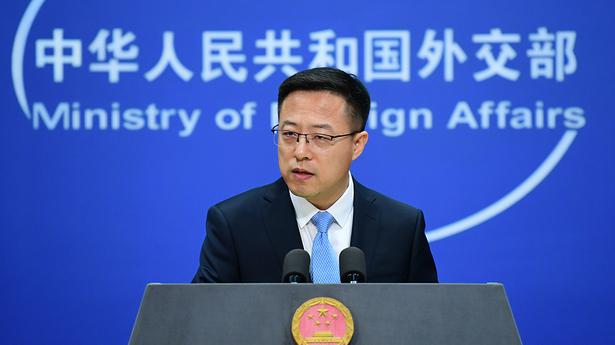 Following scathing political attacks from the Trump administration, China on Friday defended its Confucius Institutes as apolitical facilitators of cultural and language exchange.

The U.S. administration last week urged schools and colleges to rethink their ties to the institutes that bring Chinese language classes to America but, according to federal officials, also invite a malign influence from China.

Foreign ministry spokesperson Zhao Lijian disputed that characterisation and accused Secretary of State Mike Pompeo and U.S. politicians of acting out of ideological prejudice and personal political interests and having deliberately undermined the cultural and educational exchanges and cooperation between China and the U.S..

“The U.S. politicians should abandon the Cold War mentality and zero-sum thinking … and stop politicising related programs of educational exchange, obstructing normal cultural exchanges between the two sides, and damaging mutual trust and cooperation between China and the U.S.,” Mr. Zhao said at a daily briefing.

Patterned after the British Council and Alliance Francaise, the Confucius Institutes are unique in that they set up operations directly on U.S. campuses and schools, drawing mounting scrutiny from U.S. officials amid increased tensions with China.

In letters to universities and state education officials, the State Department and Education Department said the program gives China’s ruling Communist Party a foothold on U.S. soil and threatens free speech. Schools are being advised to examine the program’s activities and take action to safeguard its educational environments.

More than 60 U.S. universities host Confucius Institutes through partnerships with an affiliate of China’s Ministry of Education, though the number has lately been dropping. China provides teachers and textbooks and typically splits the cost with the university.

The programme also brings Chinese language classes to about 500 elementary and secondary classrooms.

The letters cite recent reports that some U.S. college professors are allowing students to opt out of discussions on Chinese politics amid fears that students from Hong Kong or China could be prosecuted at home.

Such fears are well justified, officials said, adding that at least one student from China was recently jailed by Chinese authorities over tweets he posted while studying at a U.S. university.

At least 39 universities have announced plans to shutter Confucius Institute programs since the start of 2019, according to a log published by the National Association of Scholars, a conservative nonprofit group.

Other nations have also sought to curb China’s influence in their schools, with regional educational departments in Canada and Australia cutting ties with the institutes.