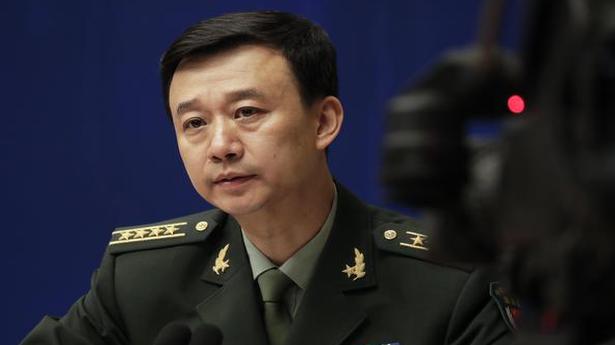 China’s Ministry of Defence, however, did not directly link plans to on-going LAC standoff.

China’s People’s Liberation Army (PLA) on Thursday outlined plans to upgrade the living conditions along the border of its troops in high-altitude areas through the winter, suggesting that it was preparing for a long haul amid continuing tensions along the Line of Actual Control (LAC).

Talks between the Corps Commanders discussing disengagement on the LAC have made little progress after seven rounds, with an agreement to not add troops but a continuing stalemate on any consensus to disengage.

On Thursday, PLA Senior Colonel Wu Qian, a spokesperson for the Ministry of Defence, outlined the plans for what he called “improvement of border defence troops’ training and living conditions on [the Tibetan plateau] by high-tech applications”.

This included, he said, new accommodation with “a self-energised insulated cabin” that would in areas “where the outdoor temperature is -40℃ with an elevation of above 5,000m [keep] the indoor temperature at higher than 15℃.” The new cabins, he said, would also have installed “new thermal insulation devices for food storage”.

He did not directly link the new plans to the ongoing LAC standoff but said, “the logistic support capabilities are directly connected with the combat effectiveness.”

“The application of high-tech means,” he said, “will facilitate the construction of logistic support capacity and promote the troops’ war preparation work.”

On Tuesday’s 2+2 ministerial dialogue in New Delhi between the foreign and defence ministers of India and the U.S., Senior Colonel Wu reiterated the Chinese foreign office’s statement from earlier this week, saying China “believes that the development of U.S.-India relations should help maintain regional peace and stability and should not be directed at any other country.”

China’s Foreign Ministry also hit out at comments made by Secretary of State Mike Pompeo in Delhi criticising the Communist Party of China and pledging support to India on the boundary issue, accusing the U.S. of looking to interfere in a “bilateral” dispute.

Its statements have, so far, not mentioned India, only directing ire at Washington. On Thursday, the PLA too took aim at the U.S.. “Regarding the so-called U.S. alliance system, this is a product of the Cold War period, which embodies the outdated Cold War mentality and the zero-sum game concept,” Senior Colonel Wu said. “China has always firmly opposed this.”