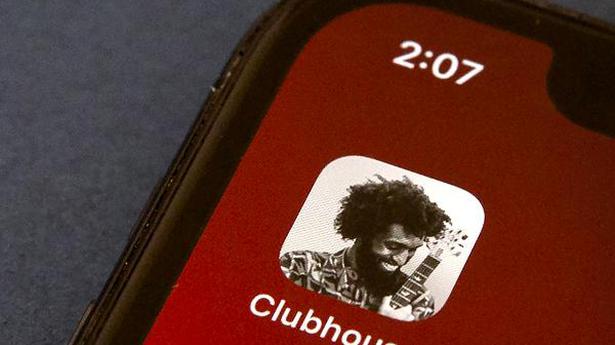 The voice-based app, started last year, already has 2 mn users and is worth $1 bn

It is being touted as the next big thing in social media. It is yet to turn one, having launched last March just as the world was going into a pandemic-induced lockdown, but already has 2 million users and is reportedly worth $1 billion. It is funded by one of the most prominent venture capital firms in the world, Andreessen Horowitz. And, it is being promoted by the biggies of Silicon Valley.

Clubhouse, the app that describes itself as “a new type of network based on voice”, has generated a lot of buzz in recent weeks. Earlier this month, Tesla founder Elon Musk made his début on the platform. And this week, China blocked Clubhouse but not before a rare few days of uncensored conversations on topics it considers touchy.

At a time when much of the social media conversation is driven by pithy text updates, filtered photos, snappy videos, and memes, the San Francisco-based Clubhouse app is centred around people talking real-time, no cameras on. “Voice is so universal but in the world of social networking, it’s relatively new,” Paul Davison, Clubhouse’s co-founder, told CNBC recently. Giants Facebook and Twitter are reportedly coming up with their own products to take on Clubhouse. You can access Clubhouse only on an Apple mobile device, as of now, and you can sign in only if you have been invited by an existing user. Once inside the app, what you see are ‘rooms’, lots and lots of them. Each ‘room’ is a space where a conversation is happening. You can enter one, listen in, even participate if allowed. It is much like having a wide choice of radio channels but here you can take part too. Also, you can even start a ‘room’ of your own.

Mr. Davison and co-founder Rohan Seth, who had known each other since 2011, have independently worked on other ventures previously. Mr. Davison built a location-based app called Highlight, using which users could connect over common interests. He sold it to Pinterest eventually. Mr. Seth, a former Google engineer, co-founded a company called Memry Labs, which was into building social applications. He sold Memry to Opendoor. Then, in 2019, they say in the Clubhouse blog, “we decided to give social apps one last try”.

Coming into the scene much after the disruptive new conversational spaces brought forth by the first generation of social media networks such as Facebook, Twitter and Instagram, Clubhouse may not operate by the playbook of its predecessors. Mr. Davison said in the CNBC interview that “the focus is on authentic human connection and dialogue rather than likes or followers”. There is also no record of Clubhouse conversations to come back to. If you miss them once, you miss them forever.

Mr. Davison likens the experience on the app to the experience of going to a conference, where the keynote sessions are big and reach a lot of people but there are also smaller break-out sessions and hallway conversations that are private. The choice of what it should be rests with the person who starts these conversations. Not everything is for everyone. It can be a private conversation that one has with one more person, much like a phone conversation, or something that reaches many, many people, as Mr. Musk’s conversation with the CEO of online brokerage Robinhood did. The 5,000-limit per ‘room’ was hit pretty soon, but this conversation was allowed to overflow into other ‘rooms’.

The decision about who should be let in to a conversation rests with those who initiate the conversation, and this is already proving to be controversial. Reuters reported Jessica Lessin, editor-in-chief of The Information, as tweeting that the founding partner of the venture capital firm that backs Clubhouse blocked many reporters from listening in to the Musk talk. Clubhouse also can’t be immune to the issues of hate speech and disinformation faced by other platforms, and it insists systems to deal with them are in place. Where Clubhouse seems to make a radical departure from its predecessors is in the business model. It wants to build monetisation strategies for its creators, so that they can make money from listeners via subscription and tickets.

Clubhouse’s big scale-up can happen only when it makes itself accessible to Android users, who form the largest chunk of mobile users in the world. And that may just be a matter of time.