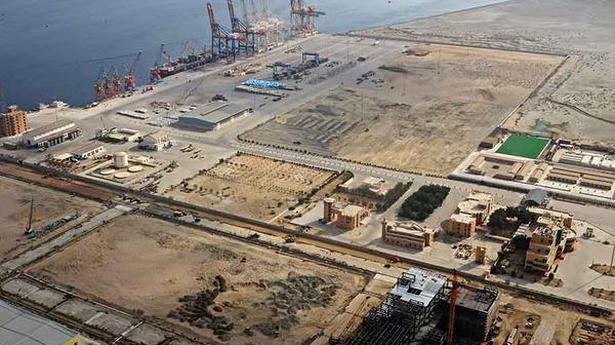 Despite its limitations, the project is bolstering ties between China and Pakistan

On December 25, officials from China and Pakistan met in Urumqi, the capital of China’s far western Xinjiang region, for the second meeting of the Joint Working Group on International Cooperation and Coordination (JWG) under the China-Pakistan Economic Corridor (CPEC). Attended by China’s Vice Foreign Minister Luo Zhaohui and Pakistan’s Foreign Secretary Sohail Mahmood, the meeting was aimed at taking stock of the CPEC as it turns five. Both sides hailed the progress of the plan despite the pandemic, declaring that both countries’ “close cooperation and mutual support amid COVID-19 has laid the foundation for economic recovery” and “injected new momentum into the construction of the CPEC”.

The same statement did, however, also betray that below the surface, not everything was well. The viability of some of the CPEC’s projects, and how they were going to be paid for in a pandemic-hit economy, had come under renewed attention in Pakistan. On the very same day of the meeting, the Express Tribune newspaper reported that China had sought additional guarantees before sanctioning a $6 billion loan for the Main Line-1 (ML-1) project, which includes upgrading a 1,872 km rail line from Peshawar to Karachi, due to the “weakening financial position of Pakistan” and had “proposed a mix of commercial and concessional loans against Islamabad’s desire to secure the cheapest lending”. This was raised, the paper said, at the third joint ML-1 financing committee meeting held in December. The Chinese Foreign Ministry in Beijing was quick to reject the report as “baseless”.

Among the takeaways from the JWG meeting was an agreement “to continue to publicise the positive role of the CPEC in improving local livelihoods” and “to clarify inaccurate reports about the CPEC in a timely manner”. Both sides, it was decided, would “encourage the media, film and television, and publishing sectors of the two countries to strengthen cooperation on the CPEC-related topics”.

Whether that does the trick remains uncertain, because the debate about ML-1 is, in some sense, emblematic of the doubts that have plagued the CPEC since its inception. As it turns five, the picture is mixed. The CPEC hasn’t been the cure-all for Pakistan’s economy that was promised. Neither has it been a monumental disaster that brought financial ruin.

A victim of hype

The CPEC, to some degree, has been a victim of its own hype. Fanciful figures of $62 billion may never materialise — around one-third of that, estimates suggest, reflects the current scope of the plan — and as Andrew Small, the author of The China Pakistan Axis and a research fellow at the German Marshall Fund put it in a September paper, the plan has been “considerably slimmed-down” from the sweeping scope that was first imagined.

Under the original Long-Term Plan (LTP) for the CPEC (2017-2030) signed off by both governments, the plan was built around a “1+4” model of the CPEC as the core while prioritising four areas: Gwadar, where China is expanding a port on the Arabian Sea and has ambitious plans for a Free Trade Zone, Energy, Transport Infrastructure and Industrial Cooperation.

By the end of 2018, according to the Chinese government, 22 early harvest projects were completed or are under construction, with a total investment of $18.9 billion. Most completed projects are standalone energy and transport projects. Of this, energy projects accounted for $12.8 billion, of which $3 billion came from the equity of Chinese companies and their partners and the remaining $9.8 billion was “raised from commercial banks with interest rate of about 5%” with a 12-18-year repayment period. Paying off those loans without raising the costs borne by Pakistani consumers is one concern.

In October 2019, Pakistan established a CPEC Authority under its Ministry of Planning and appointed a retired Army official, Lt. Gen. Asim Saleem Bajwa, who was formerly Commander of the South Command and Director General of the Inter-Services Public Relations, to head it. The idea was to speed up the execution of several projects that were mired in delays (and, in the view of some analysts, give the military a greater role in the project). The slew of projects inaugurated in 2020 suggest the move may have worked.

If the CPEC may succeed in improving Pakistan’s energy and transport infrastructure, it will struggle to meet its original lofty goals. The LTP described for 2025 a target of “basically” completing the building of the corridor, and by 2030 said “the CPEC’s role in stimulating economic growth in Central Asia and South Asia [would be] brought into holistic play and South Asia shall grow into an international economic zone with global influence”. Until late 2017, as Mr. Small writes, it was anticipated that “a far more expansive array of projects would be in motion” but signs are that the CPEC will “fall far short of its transformative intentions”. That, in itself, may not be an entirely bad thing as “the shrinkage of the CPEC means that the financial risks — which many other BRI countries face — have been diminished for Pakistan” so “while the CPEC will not be the game-changer for the Pakistani economy that its supporters once hailed, it is not a debt trap either”.

Signs are that the building of the CPEC is already driving a change in China’s positions on issues such as the Kashmir dispute, with the corridor passing through Pakistan-occupied Kashmir — a reason why India has opposed it. Indeed, the official LTP describes the region as belonging to Pakistan, and even uses Pakistan’s favoured term of “AJK” for the region. Regardless of the CPEC’s limitations, one enduring legacy of the plan that India will have to contend with is how it has deepened the China-Pakistan ties, adding heavy economic stakes to an already close military partnership.