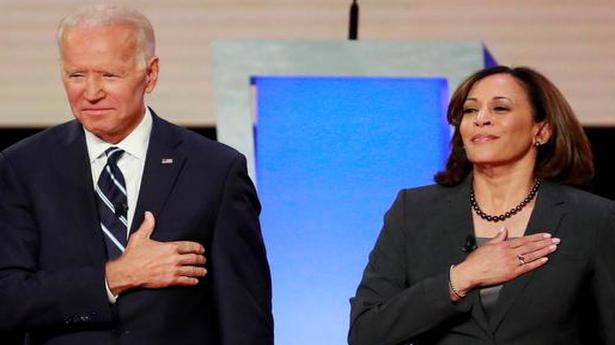 Nearly three out of four respondents of a recent survey* of U.S. citizens of Indian origin said they are planning to vote for the Democratic presidential nominee Joe Biden. This contradicts an emerging narrative that Indian Americans are moving away from the Democratic Party due to close ties between U.S. President Donald Trump and Prime Minister Narendra Modi, the report said.

A majority of those surveyed ‘strongly disapproved’ of Trump’s handling of his job. The share of respondents who felt that Democrats manage U.S.-India relations better was twice the share of those who felt Republicans manage ties better. Intolerance towards minorities was the reason most respondents gave for not identifying with the Republican Party.

Biden much ahead in support

Only 22% of registered Indian American voters plan to vote for Trump, while 72% intend to vote for Biden.

About 70% of the survey respondents either disapprove or strongly disapprove of Trump’s handling of the presidency.

Reasons behind the choice

When asked which party does a better job of handling U.S.-India relations, 39% chose the Democratic Party.

*The 2020 Indian American Attitudes Survey is published by the Carnegie Endowment for International Peace, Johns Hopkins SAIS and the University of Pennsylvania. The study surveyed (online) a nationally representative sample of 936 Indian Americans in September. The overall margin of error for the survey is +/- 3.2 % as per the publishers. All figures in %.

Iran slips record volume of oil into China, reaches out to Asian clients for trade resumption