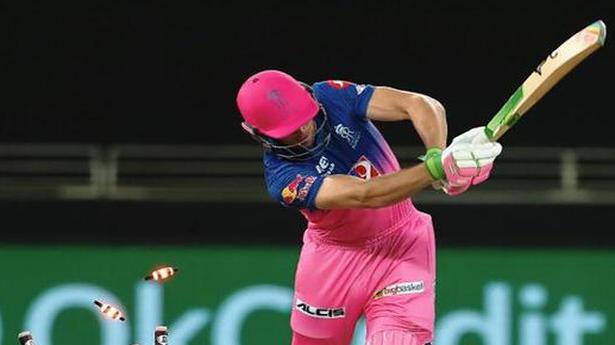 Nortje responded immediately with another fiery delivery in the third over to bowl out the England batsman. He finished the match with figures of 2-33 from four overs to take his wicket tally for the season to 10 from eight games.

“I didn’t know about it (the fastest ball). I’ve been working really hard to get the pace up … but obviously you want to land it in the right areas. That’s the most important thing,” Nortje said in an interview.

Rajasthan, who were chasing 162 for victory, fell short of their target making 148-8 in 20 overs with Australian batsman Steve Smith having another disappointing outing managing only one run.

Victory took Delhi to the top of the standings with 12 points after six wins from eight games, while Rajasthan are seventh with only Kings XI Punjab below them.