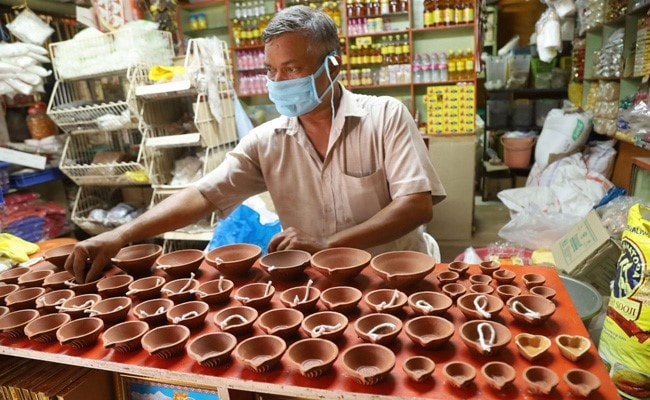 Traders across the country sold goods worth Rs 72,000 crore during Diwali 2020

Traders’ body Confederation of All India Traders (CAIT) announced that traders across the country sold goods worth Rs 72,000 crore during the Diwali 2020 season amid the complete boycott of Chinese goods. The confederation, which represents around 7 crore traders and 40,000 trade associations, said that the country’s Diwali festive period rose by more than 10.8 per cent year-on-year, indicating good business prospects for small businesses. The sales data was collected based on the reports it gathered from 20 different cities including top metros Lucknow, Nagpur, Ahmedabad, Jammu, Jaipur, and others. The organisation is the leading advocate for small traders and businesses across the country.

Due to the ban on the sale of firecrackers in multiple states such as Delhi West Bengal, Sikkim, Odisha, Rajasthan, and some other states, small traders and firecracker sellers witnessed a loss of Rs 10,000 crore. Toys, FMCG goods, electrical appliances, utensils, confectionery items, gift items, home furnishing, sweets, decor, apparels, footwear, Diwali pooja items such as clay diyas, handicraft products were the major goods recording sale during the festive season.

Despite the upbeat report, the economy, which grew at the slowest pace in over a decade during the year to the end of March, is likely to enter a technical recession for the first time since independence in 1947. The Reserve Bank of India (RBI) has forecast a contraction of 8.6 per cent in the July-September quarter, on the back of a 23.9 per cent contraction in the April-June quarter.

However, the country could return to growth in the ongoing quarter ending December 2020 if the momentum gained in September and October is sustained, said the RBI.

Meanwhile, CAIT is likely to launch its e-commerce portal BharatEMarket in December to bring its traders’ community online. The portal will be launched in partnership with the Department for Promotion of Industry and Internal Trade (DPIIT) and promoted by Prime Minister Narendra Modi’s Startup India and Invest India along with All India Consumer Products Distributors Federation and small business lender Avana Capital.