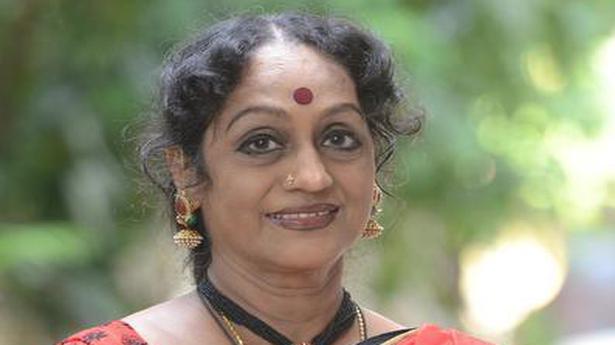 Kuchipudi veteran Sobha Naidu who passed away on October 14, influenced a generation of dancers to take up Kuchipudi and trained them into consummate artistes

She was born to play Satyabhama — was the unanimous opinion of critics and rasikas always. She excelled playing the strong consort of Krishna in the ballets Bhama Kalapam and Sri Krishna Parijatam. The audience would wait for the scene where Krishna arrives to pacify a sulking Satyabhama, and Sobha never disappointed. Her quick-moving facial expressions, her body language that ranged from, anger, anxiety, possessiveness — she would show it all fluidly.

She carried similar, but emotionally different allure, as Padmavathi in her favourite Kalyana Srinivasam. Each time she staged this magnum opus, the auditorium would be packed by an appreciative audience. A close study of her repertoire will show the empowered woman at the centre of her dance narratives. Chandalika, based on Tagore’s Bengali play, is another ballet Sobha portrayed with élan. A woman’s struggle to be accepted in society and eventually finding her love, Sobha was a treat with her heart-rendering yet the strong-willed portrayal of Chandalika.

When Sobha chose to present Vipra Narayana, critics felt she was taking on a big challenge as it was already a popular movie. Yet again, Sobha came up with beautiful choreography and the late Devulapalli Krishna Sastri’s script and Balantrapu Rajanikanta Rao’s music ensured this ballet remained one of Sobha’s best ballets.

In Vijayostu te Naari (Triumph of the woman) Sobha motivated women to be independent and drew parallels from mythology to steer a path.

Students from far and beyond

This writer is reminded of what Sobha said nearly 28 years ago on her visit to her Kuchipudi Arts Academy in Domalguda. “Anybody can dance, provided you have the passion and willingness to practice and perfect the form,” she stated introducing me to her two Russian students. A student of Vempati Chinna Satyam, Sobha inspired the first generation of Kuchipudi dancers in the city.

Says renowned Kuchipudi dancer Deepika Reddy, “She was not just an inspiration and a pillar of strength to me but an icon and flag bearer of the Kuchipudi art form. No one can fill this void. She had a deep affection for me. She was large-hearted and generous with her praise. She was always there to encourage me and was the chief guest for the ‘Rangapravesam’ of my first student. She would come and watch many of my dance dramas and give valuable inputs.”

Recalls Mohan Hemmadi of Surmandal, “I met Sobha ji through guru Vempati Chinna Satyam in 1980 for the first time and we organised her Kuchiupudi performance along with Protima Bedi and Chitra Vishweshwaran who gave Odissi and Bharatanatyam recitals respectively. We are shocked at her demise. It’s a loss to Kuchipudi.”

While her ballets were masterpieces, Sobha’s solo recitals were what every dance student would take inspiration from — be it her immense stage presence, her subtle connect with the audience and perfect synchronisation with nattuvangam and the accompanying artistes. Her form was rooted in tradition while her theme and message travelled beyond the realm of art.

‘Palmer’ is a homemade and handmade film: Fisher Stevens