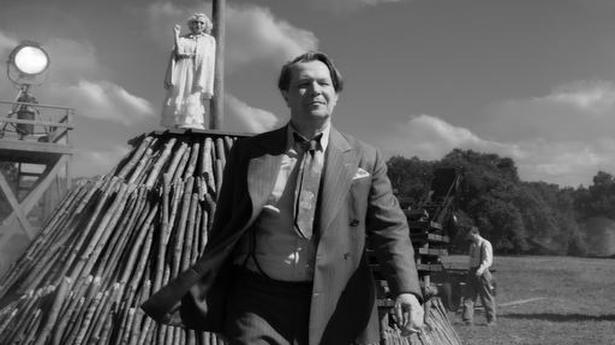 The awards are due to be announced at a ceremony on February 28, hosted by actors Tina Fey and Amy Poehler

David Fincher’s “Mank” has topped Golden Globe nominations with six nods, while Netflix dominated Wednesday’s announcement thanks to both its films and television series.

The nominees for best motion picture drama are: “The Father”; “Mank”; “Nomadland”; “The Trial of the Chicago 7”; “Promising Young Woman.”

The nominees for best television series, drama, are: “The Crown”; “Lovecraft Country”; “The Mandalorian”; “Ozark”; “Ratched.”

The nominees for best television series, musical or comedy, are: “Schitt’s Creek”; “Ted Lasso”; “The Great”; “The Flight Attendant”; “Emily in Paris.”

The nominees for best motion picture, foreign language, are: “Another Round”; “La Llorona”; “The Life Ahead”; “Minari”; “Two of Us.”

The Golden Globes are due to be handed out at a ceremony on February 28, hosted by actors Tina Fey and Amy Poehler.

The Hollywood Foreign Press Association said Tuesday the Globes — typically a bubbly dinner gathering with flowing drinks — will be held bi-coastally for the first time. Fey will host live from New York’s Rainbow Room and Poehler will host from the awards’ normal home, the Beverly Hilton Hotel in Beverly Hills, Calif. It’s expected that nominees will be appear from locations around the world.

The Globes are typically the first major show of Hollywood’s awards season, which ends with the crowning of the best picture winner at the Oscars. They’ll retain that distinction, despite being delayed nearly two months, after a surge in virus cases in recent months pushed the Grammy Awards to March.