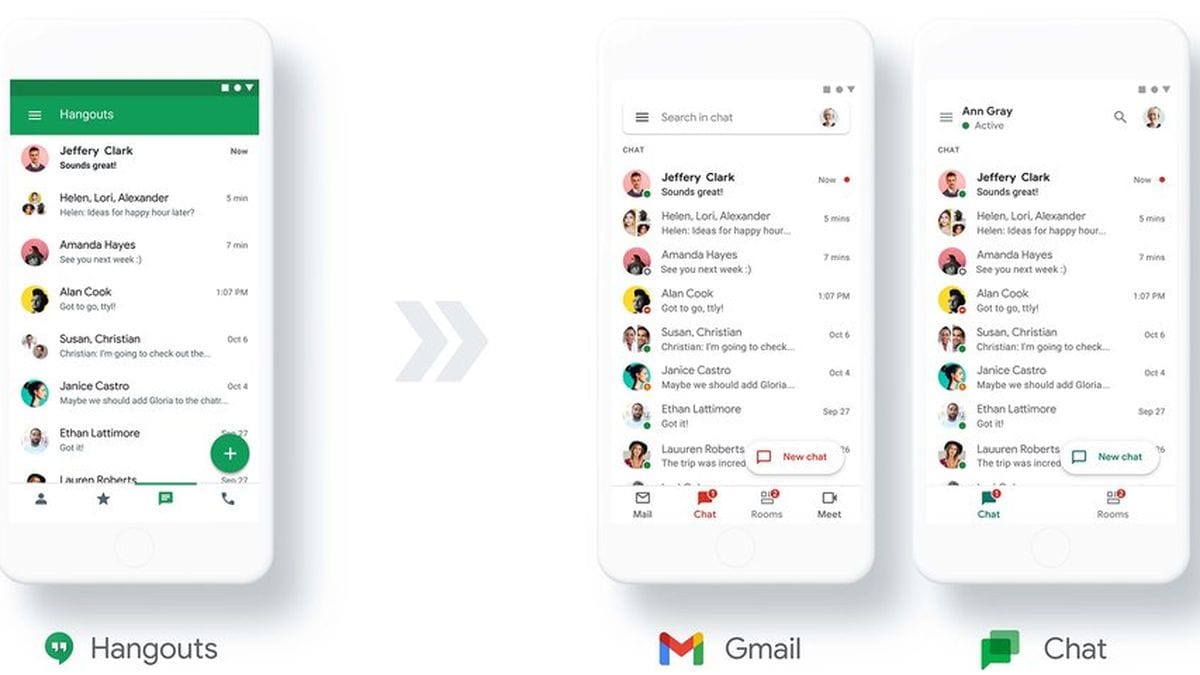 Google has announced that it will transition its users from Google Hangouts to Google Chat under the re-branded Google Workspace (previously G Suite) in the first half of next year. Google Workspace brings Gmail, Calendar, Drive, Docs, Sheets, Slides, Meet, and now Chat, within an integrated, unified space. Up until now, Google Chat was only available for premium G Suite customers. But it is set to become a free service within Gmail and as a standalone app (much like Google Hangouts).

The new Google Workspace, too, is only available for business customers right now. The company in a blog post has said that it will bring it to the rest of the people next year. Google Chat will retain some Hangout features, such as direct and group messaging, and discard some others. Google says the new messaging application will also have the same phishing mechanism as Gmail. It means links and attachments sent via Google Chat will automatically run through real-time data from Google Safe Browsing and flagged if malicious.

Google has also assured that users’ Hangouts data, including conversation history and contacts, will automatically migrate to the new Google Chat once it goes live sometime in the first half of 2021. The company has not given an exact date of the transition, nor has it specified things users will have to do to make the jump.

The transition, however, will be gradual and both Hangouts and Chat will be available for a while, reports The Verge, citing additional details that Google has shared with the publication.

In 2020, will WhatsApp get the killer feature that every Indian is waiting for? We discussed this on Orbital, our weekly technology podcast, which you can subscribe to via Apple Podcasts or RSS, download the episode, or just hit the play button below.

Samsung Galaxy A52, Galaxy A72 Prices Leak Ahead of Launch: Report