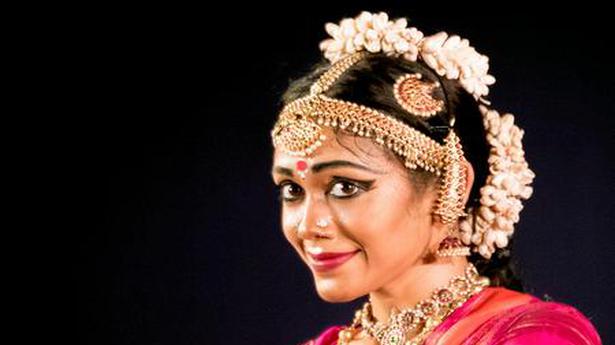 Dance was once an ornament, displayed at temples, royal courts and during functions in the houses of the rich. What mattered most were the aesthetics of the form, the beauty of the dancer, and technical proficiency. But somewhere during its journey to the proscenium, the dancer too embarked on an inward journey, realising the liberating expression of the art form and how it is as much about an agile body as it is about emotional and personal strength. The dancer, who had till then equated Shakti only with the goddess, began to expand the idea and experience the concept as something defining herself, which spurred her to perceive and perform the art purely on her terms.

Over the decades, the concept of Shakti has been explored in various classical dance styles through traditional compositions and contemporary choreography. From a revered image to a relevant idea rooted in current social contexts, Shakti has inspired dancers, both female and male, to experiment and come up with intense narratives.

Five young dancers describe how the term for them extends beyond the nine days of Navaratri, and is much more than a symbolic representation of divinity in their art.

“As a child,” says Kuchipudi artiste Prateeksha Kashi, it was just a simple and straightforward concept of victory of good over evil. “As I matured, the many layers of Shakti came alive. And I gradually realised it is not just a word but a process. It is the power to love, to imagine, to endure and to let go. We have always found inspiration in the life stories of great artistes who transformed their pain and struggle into Shakti.”

Besides Devi tarangams that are part of the Kuchipudi repertoire, Prateeksha’s mother, senior dancer-choreographer Vyjayanthi Kashi, choreographed a production on Kanyakumari. “Despite being angry and dejected when Lord Shiva fails to return as promised and marry her, the goddess doesn’t forget the task assigned to her by the Devas to kill demon Banasura. Devi seems to reiterate the essence of Shakti here as not losing the purpose of life despite things not happening as you desire,” says Prateesksha.

Interestingly, in a society that has for long viewed woman as one who needs to be protected and saved, it is ironic, points out Odissi dancer Arushi Mudgal, that our ancient texts are full of instances where, each time the world is threatened by a demon, it is Shakti who has taken different avatars to come and vanquish the asuras, thereby becoming the one who protects.

“Shakti has been given several names and described in various forms. Each form has individual attributes; an individual ‘shakti.’ Nurturing, loving, giving, forgiving, protecting, yet fierce. What I find interesting is that these qualities and names ultimately belong to the same energy. To me, it is a reminder of how we too as individuals have several, and at times conflicting, qualities coexisting in us. At once, the idea of labelling gets shattered,” says Arushi, who has trained under her Odissi exponent aunt Madhavi Mudgal.

Bharatanatyam dancer Shweta Prachande sees Shakti manifesting in everything and everyone — it could be the ASHA workers spreading hope during the pandemic, women balancing work and home, or modern artistes striving to keep traditional art forms alive.

“To me, what makes art a powerful advocacy tool is its ability sometimes to paint an entirely parallel universe that reflects what we hope for and sometimes its ability to mirror reality. As artistes, we have the power or shakti to explore, interpret and engage with an idea the way we want to. It feels nice when art influences dialogue or people’s thinking,” says Shweta, a student of Priyadarsini Govind.

How does a male dancer perceive Shakti, the quintessential feminine form and energy? Artistic director of Punyah Dance Company, Bengaluru, Parshwanath Upadhye, experiences it in the energies of nature. “It may take a long time for an artiste to realise this power,” he says. “It may be in the form of one’s mother, friends, other family members or even students. Shakti is similar to a tree. What we reap is what we sow. Whatever kind of energy we dwell in, we become that. And unintentionally that reflects in my choreographies. For the past few years, I have been starting my solo performances with compositions on Devi.”

Parshwanath’s recent production ‘Abha’ was based on Sita. “It’s never been a conscious decision. Yet, the state of mind I am in while either choreographing or presenting a Devi work is impeccable,” he says.

In the context of Shiva and Shakti, what strikes Arushi is the idea of equality. “They are as independent as they are incomplete without each other. There is a sense of irony there, yet it is the point of ultimate balance. In the form of Ardhanarishwar, we depict one side as Shiva and the other as Shakti. For me, the qualities that we choose to label as masculine and feminine coexist in the same form: perhaps Shiva as feminine and Shakti as masculine too? And why not?

For Kathak dancer Gauri Diwakar, understanding Shakti helped gain deeper insight into her dance form. “I realised power is not in the brisk whirls or footwork, it is in the intent, as my guru Aditi Mangaldas always emphasises. It defines the spirit with which you approach your art.”

Born during Durga Puja, Gauri says that she has always felt a strong connect with the concept of Shakti. “You could choreograph the most amazing moves, strike statuesque poses, turn your face into a canvas of expressions, but unless the art is spiritually elevating it cannot stir the soul. And that defines my art’s shakti.”

As these youngsters practise age-old art forms, it is not as much a need as a strong desire to try and draw parallels between the ancient texts they study, the pieces they perform, and the deities they describe in dance with the times that they live in.

“Perhaps it’s an attempt to find relevance in what we do,” says Arushi Mudgal.