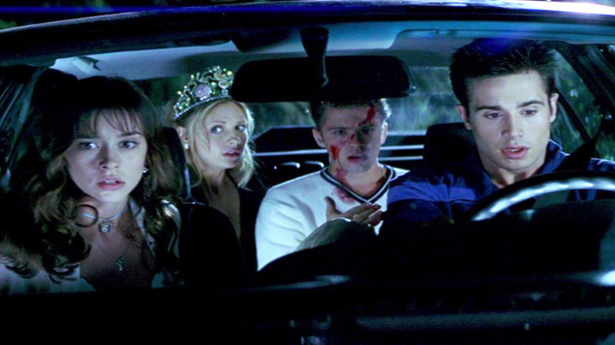 The 1997 hit movie, featuring Jennifer Love Hewitt, Sarah Michelle Gellar and Ryan Phillippe, was about four young friends who are stalked by a hook-wielding killer

Amazon has greenlit a series adaptation of 1997 slasher horror feature “I Know What You Did Last Summer.”

The movie, featuring Jennifer Love Hewitt, Sarah Michelle Gellar and Ryan Phillippe, was about four young friends who are stalked by a hook-wielding killer one year after covering up a car accident in which they killed a man.

The Amazon series, which hails from Sony Pictures Television, will be written and executive produced by Sara Goodman.

“We are thrilled to have I Know What You Did Last Summer with our incredible partners at Amazon Studios. Neal Moritz and Original Film’s development consistently fires on all cylinders and that is proven once again with Sara Goodman’s contemporary and pulsating character weaving suspense thriller,” Sony Pictures TV Studios co-president Jason Clodfelter said in a statement.

Albert Cheng, COO and co-head of television at Amazon Studios said, “The best horror franchises always have another scare coming, and this I Know What You Did Last Summer series from Sara Goodman is a perfectly twisted update to the iconic slasher movie. Any way you slice it, our global Prime Video customers will love this modern take on the fan favourite film.”