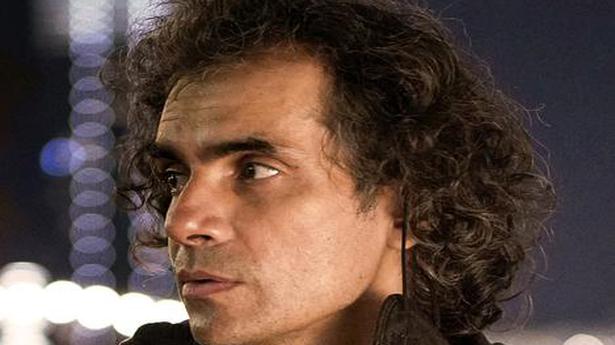 The ‘Rockstar’ and ‘Tamasha’ director talks about his latest release titled ‘Eyes For You’, a coming-of-age short film, made in association with OPPO

He’s renowned for his work in feature films over the last decade-and-half, but the pandemic saw Bollywood filmmaker Imtiaz Ali take on a new challenge for the first time in his career: that of shooting with a mobile phone.

The director, whose last release was the crime drama web-series She, has now released a short in collaboration with OPPO, titled Eyes For You. Part romance, part coming-of-age drama, making the 11-minute feature was an experience in itself, says Imtiaz, who has spent most of 2020 writing his next script.

Excerpts from an interview:

How did you come on board this project?

This is my first ever experience with shooting an entire video on a phone. The film is around 10 minutes long, but there were endless efforts from the entire team. When I heard about this idea, I thought this was an excellent opportunity and jumped into it.

It also highlights how you can bring out the videographer in you with just your phone. You can be your own life’s director by capturing and narrating your own dreams, tale and stories!

You’re known for depicting complex and complicated relationships in films. How do you try to establish that dynamic in a short film?

The concept of love has been changing dynamically and today’s generation understands emotions in a very different manner, from how it was during the old days. In this project, we have shown a completely different facet of motivation and love. The film is aimed at inspiring the upcoming generation to pursue their dreams by taking that extra step and not giving up; it is another addition to the tales of love I have envisioned in the past.

Were there any challenges you faced while shooting with a phone?

The project gave me an opportunity to shoot on the OPPO Reno5 Pro 5G which was an unusual, different and a fantastic experience for me.

I did come across many challenges while shooting, but the support of my team helped me to cruise through it without any difficulty. Filmmaking is a product of passion; if there is a passionate interest in trying to tell the story, then nothing is challenging. The only challenge is to say it truthfully and collaboratively.

The actual shooting of the project — how did you go about assembling a team and crew to work on something so unique?

This pandemic has affected a lot of industries around the world including the entertainment industry. For us, shooting was our daily life, and not being able to do the same has affected a lot of us in different ways. We were to witness numerous movies in theatres the last year, but due to the global situation, everything had to be planned differently. I thought assembling the team would be an uphill task, but everyone was so excited to work again!

The future of shooting is going to be a challenge for us as filmmakers, but the current situation has taught us to adapt to the changes and focus on creating content in new and innovative ways. As we were going to shoot on a smartphone, the need of the hour was different, and I hand-picked a few of my best team members.

Any future film/ OTT projects you can give us a sneak peek into?

The lockdown slowed down things slightly, but things are now getting better again. The film industry has overcome the challenges imposed by COVID-19 to the process of shooting, and now more or less, we have figured out how to shoot. We also become a bit wiser about how we plan the details of shoots, so that we don’t become a party to the virus.

Today, with enhanced networks and stronger Internet connectivity, the presence of Indian subscribers on OTT platforms is rapidly increasing. The boost in OTT consumption can be attributed to the addition of new subscribers emerging from across the country, and streaming platforms are not only a place to be, but the people viewing the content are so diverse that I would love to see their feedback.

About any other future projects, I’m interested in many themes. Hopefully, I’ll think of stories based on that. Currently, I am producing and creative producing two shows on the digital platform apart from the new films that I’m conceptualising and writing. I’m also preparing to direct my next feature film as a director.

Would you want aspiring filmmakers to try making films with their phones after watching your effort?

I feel that shooting on phone cameras is something that can definitely be explored. I’ve tried it and once you see the results, you’ll be mesmerised by how great the output on this smartphone is. I believe, many directors like me would want to make short films on phones as an experiment because it is exciting. We definitely can’t assume that it will come to replace professional cameras, but it is a good experience.

What’s been your biggest lesson learnt — as a filmmaker and as a person — during the pandemic?

My biggest learning has been about the power of nature: the sun and the moon have affected me more than they have ever affected me in life. My time was chiefly spent writing in the lockdown.

Going forward, I hope to dive deeper and fly higher as far as my future endeavours are concerned. I want to tell more enchanting stories that matter more to the audience that listens to them. As far as films concerned, I hope that the Bombay film industry becomes a place where we make much more original and innovative films, which are as memorable as Indian mythology has been.