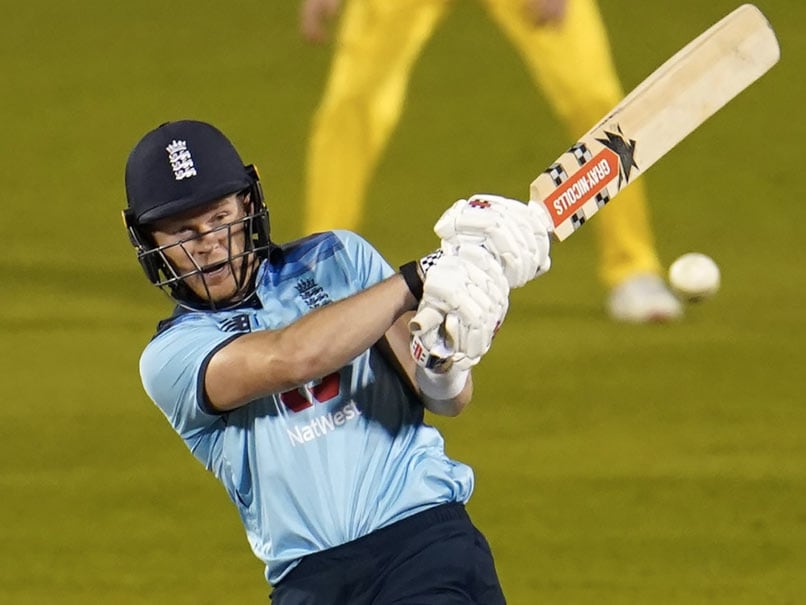 IND vs ENG: Sam Billings said he wants to be a tricky batsman to bowl at.© AFP


Ahead of the T20I series against India, England batsman Sam Billings said that he wants to emulate his skipper Eoin Morgan’s success in the limited-overs cricket and added that he wants to be someone who is difficult to bowl to. Billings is part of the 16-member squad that will play the five-match T20I series against India slated to begin from Friday in Ahmedabad. “You look at Eoin Morgan’s numbers over the last few years and they’ve been absolutely phenomenal. The way he has transformed his game and kept on moving [it] forward is something I really want to emulate and continue. I just want to be tricky to bowl at,” ESPNcricinfo quoted Billings as saying.

Billings feels that if he continues doing his usual things against Men in Blue then he will get a chance to play some big knocks.

“If I can put pressure on [India’s bowlers] and rotate spin like I do, again, that’s giving myself the best chance to perform. I know it’s going to be a test because they’re world-class performers — [India are] one of the best teams in their home conditions. It’s going to be tough, but it’s a really exciting challenge that I’m looking forward to,” Billings said.

After having a great last year for England, Billings is eyeing a spot in the T20I side before shifting his focus to the IPL.

“Last year was the best year for me in an England shirt by a mile, because of that consistency. It started against Ireland and I managed to maintain that. That’s the challenge. I’m really excited for the next few months and the opportunities ahead with Delhi at the IPL afterwards as well. I’m in as good a place as I can be to challenge for a spot in the side, and I just want to make a spot my own,” Billings said.

“In what’s been a horrendous time for everyone, how lucky am I to have that in front of me and to look forward to? That’s the mindset I’m going in with. If I play, brilliant, and I’m in a great place to do that. If I don’t, I’ve got a fantastic opportunity to learn and grow and be part of this. There are a lot of people stuck at home during lockdown who would like to be in my position. I think it’s a really good, healthy perspective to have,” he added.