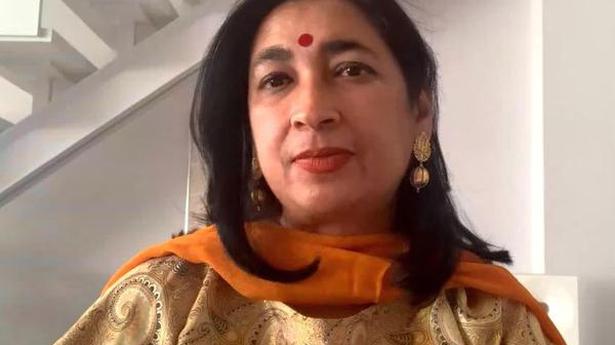 “India is a leader. I’m so proud of my country for this because there are so many people in need of vaccines,” Ms. Bhatia told PTI in an interview.

Lauding India for its vaccine leadership, a top U.N. Women official has said the country was directly helping to address the issue of vaccine equity while rich nations were “cutting side deals” with pharmaceutical giants to buy more vaccines than they actually need.

India is called the pharmacy of the world during the COVID-19 pandemic with its vast experience and deep knowledge in medicine. The country is one of the world’s biggest drug-makers and an increasing number of countries have already approached it for procuring coronavirus vaccines.

Praising India for its vaccine leadership, Assistant-Secretary-General & Deputy Executive Director of U.N. Women Anita Bhatia said India is directly helping to address the issue of vaccine equity at a time when the world deals with the crippling coronavirus pandemic and rich countries are “cutting side deals” with pharmaceutical companies to buy more vaccines than they actually need.

“India is a leader. I’m so proud of my country for this because there are so many people in need of vaccines,” Ms. Bhatia told PTI in an interview.

She said she is elated to read reports everyday of India shipping vaccines to countries around the world, from its neighbourhood to Africa.

India has provided 56 lakh doses of coronavirus vaccines under grants assistance to a number of countries. The vaccines were sent to Sri Lanka, Bhutan, Maldives, Bangladesh, Nepal, Myanmar and Seychelles.

“This is India playing its rightful role in the world as a leader on something that we have invested in for decades. And now all of that investment in science, technology and vaccine development is really coming to the fore as a shining example of India’s leadership,” Ms. Bhatia said.

Ms. Bhatia lamented that the world’s rich countries are buying up vaccines while some of the most vulnerable nations do not have enough supplies.

“This is not good. There are a number of rich countries that have negotiated deals and have three or four times the vaccines that they actually need for their population. Yet there are parts of the world that have zero vaccines,” she said.

Ms. Bhatia stressed that India is really stepping up to help address some of this “moral catastrophe” that is waiting to happen since the country recognises that this health crisis can be solved only if everybody is vaccinated.

“No country is an island in itself at this time and India recognises this. It is therefore distributing the vaccine in order to have this vaccine equity,” she said.

Under India’s ‘Vaccine Maitri’ initiative, which translates into Vaccine Friendship, the country is providing vaccines to nations across the world and is a significant source of supply to the COVAX facility.

From its immediate neighbours to countries in Latin America and Africa, India has shipped vaccine doses to over 60 countries.

Ms. Bhatia said the impact of the pandemic on women has been disproportionate relative to the impact on men, with women’s income, health and security begin negatively affected due to the global health crisis.

As nations prioritise building back better, Ms. Bhatia said governments have to continue to invest in digital infrastructure and skilling and consider the issue of care burden for women as a public policy matter.

“This is a huge achievement and it really showed the wisdom of India having invested in this digital infrastructure because nobody was thinking about the pandemic while they were doing this investment and yet it has proven absolutely invaluable in terms of getting benefits to people,” particularly in the current challenging times.

Ms. Bhatia noted that India is one of the few countries in the world that was able to get cash to women in a timely way because of its investments in digital infrastructure.

While Togo, the small West African nation, is another country that is using mobile telephony to get cash to women, by and large governments have not invested much in building a robust digital infrastructure, she said.

Ms. Bhatia emphasised that as nations emerge from the pandemic, governments must continue to invest in digital infrastructure. “Our public policy call to action for governments is continue to invest in digital infrastructure, digital skilling, in reaching those who are furthest left behind with access to digital skills so that you are creating a true digital economy.” Ms. Bhatia holds a B.A. in History from Calcutta University, an M.A. in Political Science from Yale University and a Juris Doctor in Law from Georgetown University.