A raw yet controlled riff from Vikram Vivekanand’s guitar gets a pick-me-up — first from Ramkumar Kanakarajan’s drums, then Reshwin Nishith’s bass guitar.

The trio’s pulsing energy lasts about 20 seconds, before giving way to a sudden calm. Karthick Iyer’s soothing voice seamlessly steps in, singing saint Thyagaraja’s ‘Dwaitamu Sukama’, to the soft accompaniment of Sumesh Narayanan on the mridangam.

This ebb and flow of energy continues through Indosouls new track ‘Dwaitamu’, titled after saint Thyagaraja’s kriti on duality by the same name.

The song is the first to be released in Indosoul’s fourth album Equilibrium. Guitarist Vikram says the band hopes to release a song each month from now, but clarifies that not all of them will have the philosophical bent of mind that the album title suggests. He adds, “This album has elements of both our first album and our third (Two Sides of Karma). The first album was very feel-good and happy; the third was contemplative.”

This one, he says, will be a bit of both: “You can talk about balance in so many ways — both musical and non-musical — especially considering what’s happening around us now.”

Karthick, vocalist and violinist, elaborates, “This song marries the philosophy of the album, with what saint Thyagaraja talks about in ‘Dwaitamu Sukama’: the Hindu concept of duality and non-duality.”

The track, like all seven tracks in the album, can be traced back to a weekend in Puducherry that the band spent together in the summer of 2019. Says Karthick, “We decided to just jam for five days. The sessions were open-ended, with no ideas built beforehand. We tried to not get caught up in any one idea; every session had to be a different one. We came up with seven different ideas.”

The band then took their time deliberating with each, coordinating virtually once the pandemic hit. Vikram points out, “We were lucky that everyone in the band has a recording setup at home. We were able to work using the reference track recorded in Pondy.” 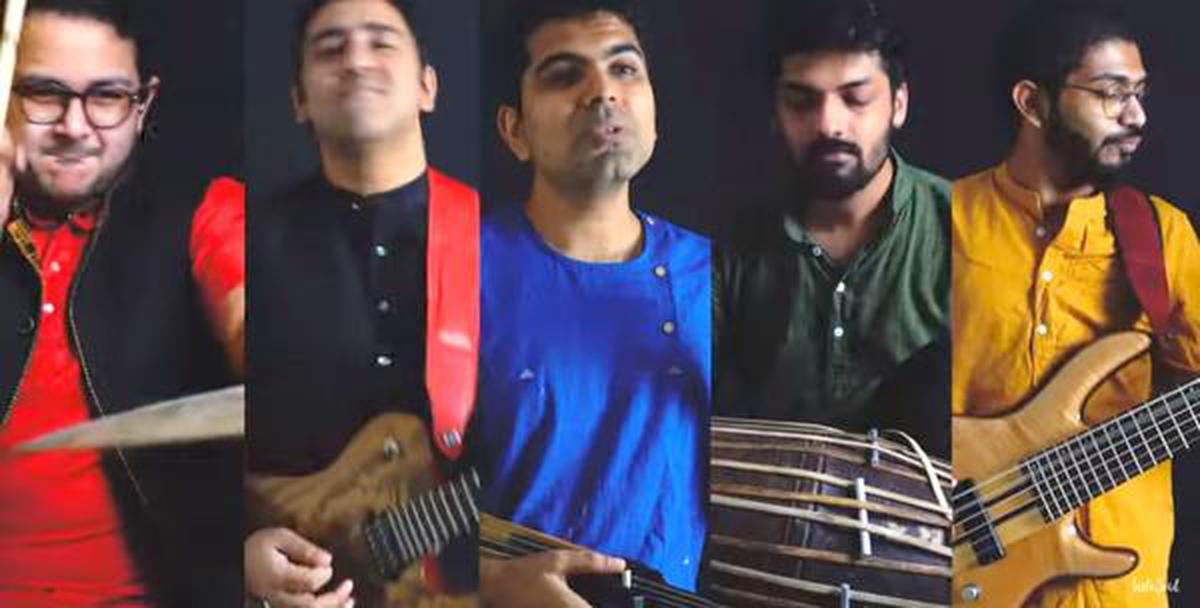 The video was shot largely at home. Drone footage of empty Chennai roads form the opening shot — “These were taken in the beginning of lockdown, when there was hardly anyone on the streets,” says Vikram. More such shots, interspersed with each member playing on his own against a black backdrop, form the rest of the video.

How similar or different will the next track be? All Karthick shares is its story of origin. “We had a performance at Sir Mutha Venkata Subbarao auditorium, years ago. During the sound check then, we were jamming and came up with something. We recorded it and hoped to use it later. Inspiration usually strikes on impulse, when the five of us are in the moment.”