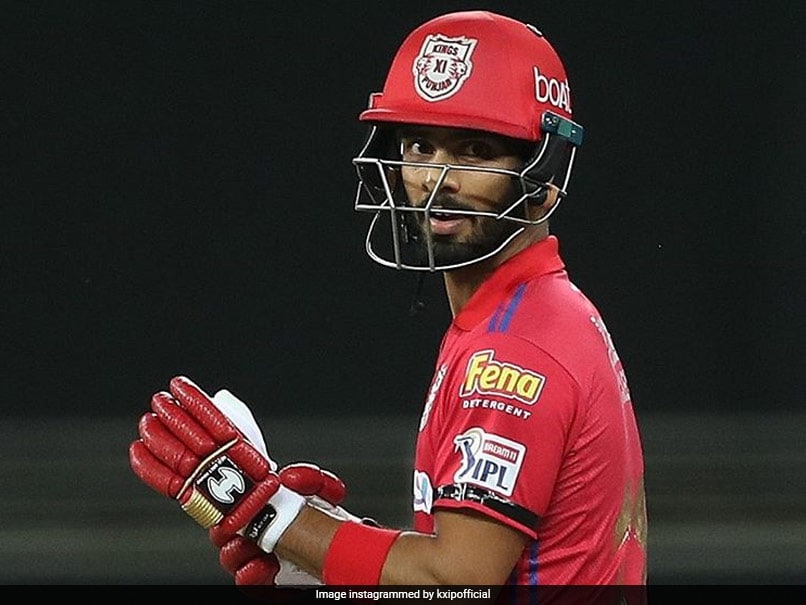 Kings XI Punjab batsman Mandeep Singh received massive praise on social media for his courage and commitment after he took the field against SunRisers Hyderabad on Saturday despite losing his father last night. The Punjab player suffered a massive personal loss as his father, who was battling with health issues for some time, died last night. Mandeep Singh came into open the innings along side skipper KL Rahul, in absence of regular opener Mayank Agarwal. Kings XI Punjab players paid their respect to his father by wearing black arm-bands. Mandeep failed to make the opportunity count and departed in the 5th over of the innings, after scoring only 17 off 14 balls. However, his courage made him a hero on the social media, where users hailed his dedication towards his duty.

Confirming the news on Twitter, the official Twitter handle of Kings XI Punjab wrote: “Lost his father last night, but Mandy’s out here to open! Way to go, Mandy”.

Lost his father last night, but Mandy’s out here to open!

Earlier in the day, Kolkata Knight Riders batsman Nitish Rana also took the field after losing his father-in-law on Friday and dedicated his match-defining knock to him. Rana combined with Sunil Narine to add 115 runs for the fourth wicket off just 56 balls which guided them to a 59-run win over Delhi Capitals.

Batting great Sachin Tendulkar also took to Twitter to praise the commitment of both the players who played the game after a massive loss.

“Loss of a loved one hurts, but what’s more heartbreaking is when one doesn’t get to say a final goodbye. Praying for @mandeeps12, @NitishRana_27 and their families to heal from this tragedy. Hats off for turning up today. Well played,” he wrote on the micro-blogging site.

Loss of a loved one hurts, but what’s more heartbreaking is when one doesn’t get to say a final goodbye. Praying for @mandeeps12, @NitishRana_27 and their families to heal from this tragedy. Hats off for turning up today. Well played.

Mandeep Singh’s father passed away yesterday but he is playing today, I salute his commitment. pic.twitter.com/3PRS2dpQDg

Lost his father last night and he has come out to open for his team tonight!

That’s the life of a sports person!

Talking about the game, KXIP put on a disappointing show with the bat as they could only manage 126/7 in their 20 overs. Before this game, KXIP were high on confidence after three straight wins but their batsmen looked out of sorts when they took field on Saturday.