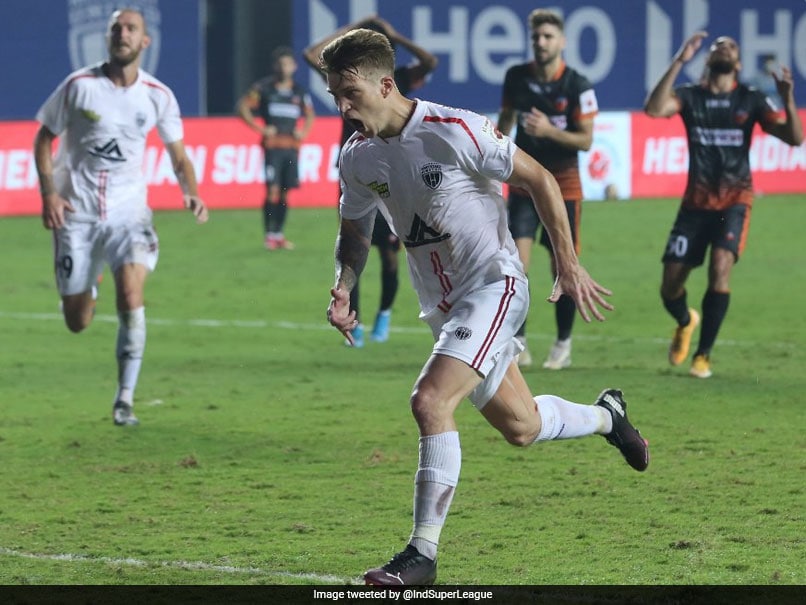 Federico Gallego stole the show yet again as he helped NorthEast United FC hold FC Goa to a 2-2 draw at the Tilak Maidan Stadium, in the ongoing seventh season of the Indian Super League (ISL) on Thursday. Goa opened the scoring through Alexander Romario Jesuraj (21′) before NEUFC netted the equaliser after a penalty from Gallego (41′). The Gaurs took the lead again through an own goal from Gurjinder Kumar (80′) before Gallego scored from the spot again in the 83rd minute to stretch NEUFC’s unbeaten run to five games.

Goa started bright and broke the deadlock in the 21st minute. Jorge Ortiz got to the byline after making a brilliant run and his cutback found Alberto Noguera outside the box. The latter laid the ball towards Jesuraj who scored with a simple tap-in to hand Goa the lead.

NEUFC eventually grew into the game and fashioned better chances in the second quarter of the opening half. They had a penalty claim denied after the half-hour mark. Gallego’s through ball found Deshorn Brown, who had his heels clipped by Adil Khan before the ball hit Goa keeper Dheeraj Singh and went out for a corner.

However, their efforts would pay off soon as they won a penalty, towards the end of the first half. The referee pointed to the spot after Luis Machado was tripped in the box, by Noguera. Gallego sent Dheeraj the wrong way to restore parity for the Highlanders.

NEUFC continued to put Goa on the backfoot after the change of ends. They fashioned two great chances to make a comeback around the hour-mark, but Dheeraj produced two fine saves.

The Gaurs would go on to take the lead in the game again, this time from a set-piece. Ortiz whipped in a teasing cross from a corner towards Amarjit Singh, who managed to get his header on target after beating Khassa Camara. Gurjinder made his best efforts to clear the ball away on the touchline but ended up conceding an own goal.

However, similar to the first half, there was drama again as NEUFC won a second penalty. Gallego again was at the heart of the move as he found Ashutosh Mehta on the right flank, who was fouled by Ivan Gonzalez in the box.

Gallego stepped up to take the penalty again and Dheeraj guessed right this time, managing to block it. But the ball trickled into the net.