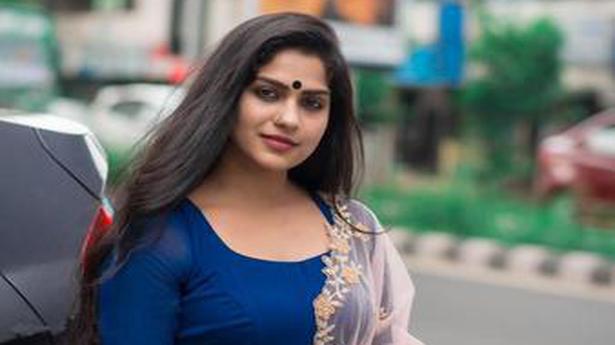 Swasika Vijay has not yet come to terms with the fact that she is now a Kerala State Film award winner. She was adjudged the Best Character Actor (Female) at the 50th Kerala State Film Awards announced recently for her titular role in Rahman Brothers’ Vasanthi, which also won the awards for the best film and the best script.

With compliments still pouring in, Swasika is on cloud nine. “Until the winners were announced we had no expectations for the film, let alone an award for me. I was thrown off balance when my name was announced. It seems unreal,” says Swasika.

Vasanthi is the journey of a woman, an orphan who leaves home only to be caught in the ups and downs of life. The narrative is about the men she encounters, her relationships and, finally, her emergence as a survivor. “She becomes strong, emotionally and mentally. The movie is experimental in that the story is told through a creative blend of theatre and cinema,” she adds.

Swasika heard the story in 2016 from actor Siju Wilson, also the producer of the movie. The shoot was completed in 2018 itself. After a preview show early this year, it was ready for a theatre release when the pandemic forced cinemas to shut down.

Familiar to the Malayali audience as a serial artiste, television anchor, dancer, stage performer and model, Swasika feels that the recognition will help her in the long run. Even though she has been around in the industry for nearly a decade now, character roles have eluded her. Also, it has been a back and forth journey between cinema and television. “The award has given me the validation that I always wanted as an artiste. It ought to clear the doubts about my work,” she says.

A native of Muvattupuzha, Swasika, a dancer, had set her eyes on cinema. “My family has zero connection with the entertainment industry. But they supported me whole-heartedly when they realised that I was serious about acting,” she says. Eventually she had her début, that too in Tamil, in Vaigai (2009). A few Tamil movies later, she started working in Malayalam. Among her early projects were Prabhuvinte Makkal, Cinema Company and Ayalum Njaanum Thammil.

Later, she switched over to television. “While the mini-screen is considered a stepping stone to movies, I took the other way round. I was even advised not to do television because once you are labelled a serial artiste, it would be difficult to get into cinema. They were right to some extent,” she says.

Although she got a good role in Kattappanayile Rithwik Roshan (2016), the movies that followed didn’t help her career. In the meantime she became a favourite of the television audience through serials such as Chinthavishtayaya Seetha and Seetha. “I had almost given up hope of getting meaty roles in cinema. That was when, last year, I became part of two big projects — Porinju Mariyam Jose and Ittimaani Made In China,” she says.

The artiste recalls how she lost a few roles because of her looks. She recounts how a “reputed female actor” commented on a television show about “my acne and long nose” and how she didn’t look like a heroine. “I was in class eleven then and those remarks devastated me. I had my battle with pimples for a long time. However, after a point I stopped bothering about it. Now, at the age of 28, I keep doing my job with the same pimpled face and long nose! In fact, in Vasanthi, I haven’t used make-up in several scenes,” she laughs.

She will soon be shooting for a film with State award-winner Suraj Venjaramoodu, which will be directed by M Padmakumar. She has also been doing short films and is currently anchoring the show Red Carpet on Amrita TV.

Swasika admits that she is inspired by the career trajectory of artistes such as Asha Sharath and Lena, who’ve successfully forayed into cinema from television. “I don’t know if I will get the kind of roles they have done or are still doing. But I am hoping for the best,” she signs off.

‘Palmer’ is a homemade and handmade film: Fisher Stevens