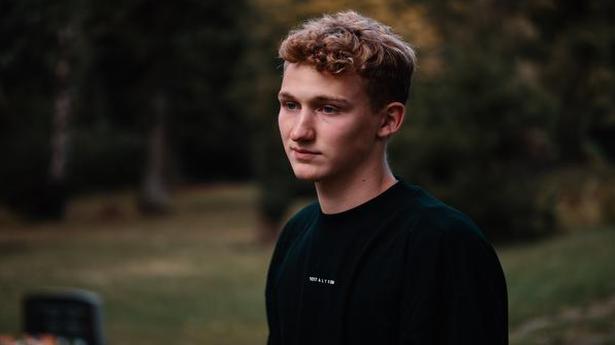 Just 17 years old, German independent pop-rap artiste Jan Metternich is the new kid on the block, listed among the top playlists this season

Mönchengladbach, the city famous for one of the popular football clubs in Germany, would do well to include a teenage singing sensation on its map as well. Seventeen-year-old Jan Metternich’s single, ‘Wrong’ has hit 1.4 million streams and has been added to big official Spotify playlists, since its release in August 2020. Overall, he has gained almost three million streams from more than 5,00,000 people this year.

“I still can’t believe it and I’m looking forward to my future releases,” says 17-year-old Jan Metternich connecting with us from Mönchengladbach, Germany over email. While terming the success “a bit of luck,” Jan admits to having put in extra effort to promote the song. “I spent a lot of time promoting it. I also took about four months to finish the song till I was completely satisfied,” says Jan.

Without any backup from recording companies, Jan sings and produces his songs from his home studio. ‘Wrong’ is the only song produced by the producer duo Jaynbeats. Steadily releasing his songs, Jan became a name to reckon with in the Pop-Rap genre across all streaming platforms.

With ‘Wrong’ bringing him unprecedented accolades, would he now prefer to continue with the genre? “I think I have found my sound now. I tried years to find it. I didn’t want to stick to a certain genre, but I think Pop-Rap is quite a good way to describe it.”

However, Jan is keen to explore RnB music as well, and says, “Maybe there is something that’s going to come soon.”

Close on the heels of ‘Wrong’ is Jan’s track ‘Outta My Head’, that is also making waves already. Jan is quite proud of it. With eight tracks to his credit so far, Jan’s refreshing sounds and beats promise to take him far.

But beats aside, as a musician who writes his own songs, Jan also believes in meaningful lyrics. “In the song (’Wrong’), I was mostly referring to the other people in this genre. Most of them only write about money and drugs. I don’t like that. My intention is to say that’s ‘wrong’.”

Speaking of his native influences, Jan says, “I like German Trap music — to be honest, only the music. As I said, I don’t like the lyrics but the beats and melodies are still quite good. I find Pop-Rap, especially, to be unique in Germany, because I think there is nothing to compare it with. But German music is still inspired by English music.”

Presently in the final year of school, Jan is studious. “I always try to finish my school stuff first. I would rather do only music but I know that school is more important at the moment,” he adds.

Jan is the first full time musician in the family, his mother and sister play the piano and his dad, says Jan, is a happy listener.

Jan played the guitar first when he was six years old, which developed into a passion at the age of 11; a passion that saw him recording cover songs and music videos at that young age. Though the initial financial support to set up his studio came from his parents, Jan soon became independent . “I buy most of the musical stuff with the money I earn through my music. I always try to get the best products with a low budget. I’m thankful that my parents gave me the opportunity to start.”

Saying the pandemic gave a lot of time for him to concentrate on music, Jan emphasises that it also taught him to appreciate life more. “I always try to be positive,” he signs off.