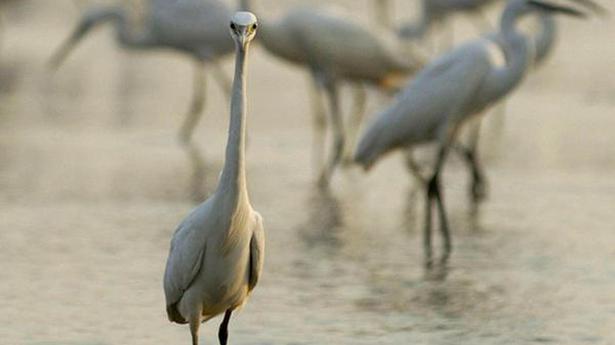 How over 1,000 birders worked over a period of five years to put together the Kerala Bird Atlas, the largest project of its kind in Asia

The Kerala Bird Atlas, one of the largest citizen science projects in Asia, conducted jointly by the Kerala Agriculture University, Bird Count India and supported by the Kerala Forest Department, concluded last month.

This mammoth exercise, which took five years and enlisted over 1,000 birders, aims to document the birds of the State systematically and collect information about species distribution, abundance and seasonality across more than 30,000 square kilometres of forests, wetlands, urban and rural areas. According to project head PO Nameer from Kerala Agricultural University, the data generated will be analysed over the next six months, “and the findings may possibly debunk some long-standing notions”.

Co-coordinator Praveen J says that the birding community is excitedly awaiting the findings that will throw new light on all aspects of birding and birds in the State. “So far we were comfortable with certain ideas, for instance the house crow, jungle crow and babblers are found across the State; but the study proves otherwise. Such observations and information will be established once the data is studied,” he says.

Conducted over two seasons (dry from January to March and wet from July to September), the area was divided into 38,000 grids of one square kilometre each and converted to 4,000 cells. The entire State was broken up into blocks of 6.6×6.6 km each. Each was then divided into 3.3×3.3km cells. These were further partitioned into 1.1×1.1km sub-cells. From the last, one sub-cell was randomly selected for rigorous and scientific mapping of the bird distribution in the State.

What is unusual about the survey is that it enlisted citizen birders to help with the process. Around 1,000 volunteers and over 25 NGOs participated. “We were capacitating the participants, so it is a win-win situation for all. The individuals were excited to learn the ropes of birding and bird survey techniques. Beginners who joined us in 2015 had become expert birders by the end of it,” says Nameer.

Praveen says though they have been conducting surveys from 1990, they had not worked on this scale before. “We had to work within spatially distributed areas and within constraints of time.”

The project was first launched in 2015 at Alappuzha and Thrissur, the former being the smallest district with a thriving birding community. Once concluded successfully, in a year, it was rolled out across the State.

“The requirements to conduct a survey in forest and non-forest areas and rural and urban areas had different challenges,” explains Praveen, adding that, in areas like Idukki district that did not have a resident birding community, they had to rope in and train volunteers from outside. The districts of North Kerala and some remote areas of Kasaragod, Wayanad and Kannur also came with some challenges.

Maxim Rodriguez, who headed the project in Kasaragod and was earlier part of the Kannur Bird Atlas in 2016, says it has been one of the most fascinating projects that he has worked in.

In 2017, he was put in charge of a pilot study and inducted volunteers via social media. Kasargod had been divided into 187 locations, and Maxim covered 80 sub-cells. “Each demarcated area had a one-hour survey,” he explains. “There were time protocols to be followed and a record of every species spotted in that given time was documented.” He points out that making notes on the ecology of the place was equally important, “like the presence of a water body or growth of invasive species of foliage…”

From a bird conservation point, says Nameer, they now have a baseline data of the birds of Kerala as of 2020. “The beauty is that this data is very structured and, if the process is repeated after five or 10 years, one will be able to compare the distribution of birds of Kerala. This information can be used for the long-term management of the habitat as well as the bird species.”

Audi to launch electric e-tron range in India in next 2-3 months, says official