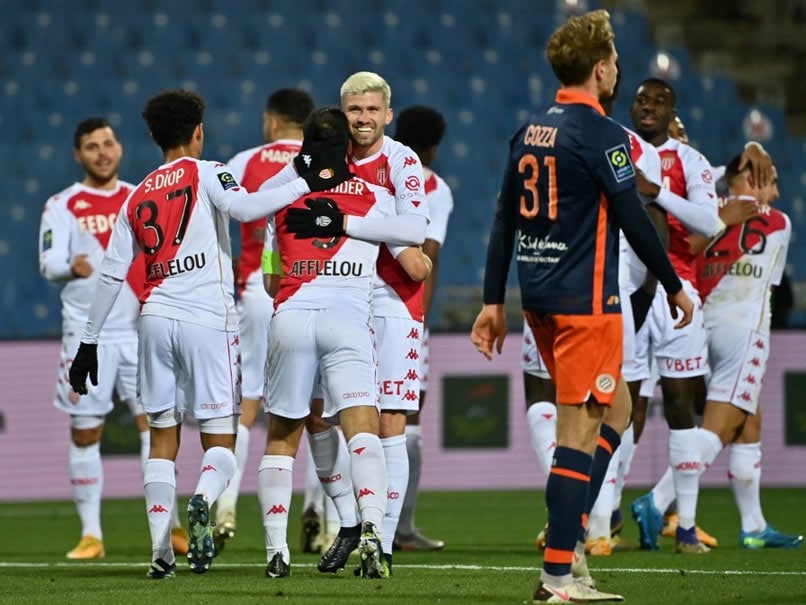 Captain Wissam Ben Yedder scored twice as Monaco avoided a late fightback in Friday’s 3-2 win at Montpellier in Ligue 1. Kevin Volland and Ben Yedder netted within an hour before Elye Wahi and Andy Delort clawed Montpellier back into the game but the Principality outfit moved three points off Lille in third with the victory. “We showed solidarity and intensity. We know at Montpellier it’s always difficult to win,” Ben Yedder’s team-mate Djibril Sibide told Telefoot. “To make the difference in the match we had to be focused from the first to the last minute,” he added. The hosts made four changes from last weekend’s draw at Nantes as captain Hilton was named on the bench.

Volland opened the scoring on 25 minutes after Ben Yedder was denied by the crossbar with an acrobatic overhead kick as the former Bayer Leverkusen forward volleyed home the rebound.

Ben Yedder was on the scoresheet nine minutes later to claim his first goal in five matches as he headed in Henrique’s cross from the left at the front post.

The 30-year-old claimed his second of proceedings to take his season tally up to eight just after the hour mark.

He converted from the spot after teenager Wahi had taken Volland out in the box.

The 18-year-old made up for his error three minutes later by celebrating his second senior appearance with his maiden goal with a side-footed finish.

Algeria forward Delort then cut the deficit to one after 69 minutes by beating Benjamin Lecomte with a flick of his left heel for his 10th of the season, only trailing Boulaye Dia and Kylian Mbappe.

Despite their late efforts the home side were unable to find an equaliser and stay in eighth place to go six games without a win for the first time since 2016.

On Saturday, Paris Saint-Germain will be without coach Mauricio Pochettino for the trip to Angers after he tested positive for Covid-19.

Dijon’s visit to Lorient on Sunday has been called off after a virus outbreak among the hosts.

The postponement of Sunday’s game is the first in Ligue 1 since Marseille’s meeting with Nice on November 17 was shelved.