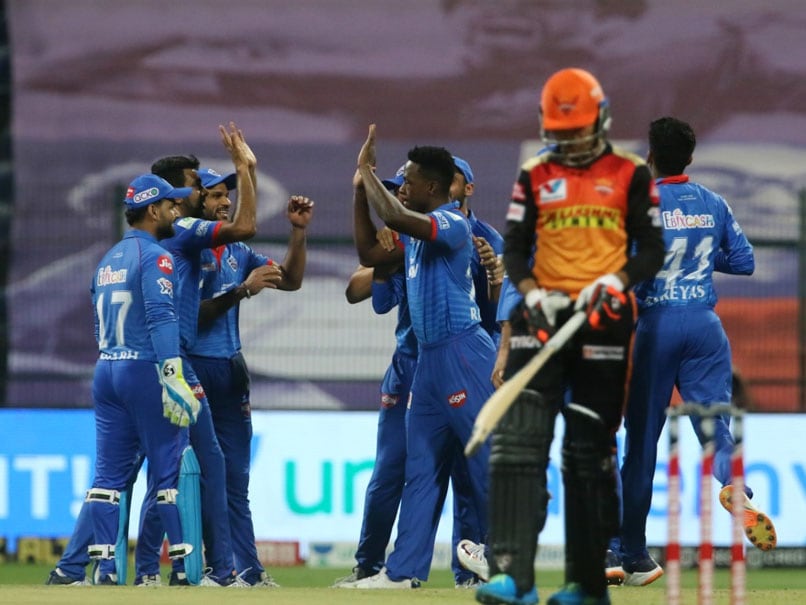 IPL 2020, DC vs SRH: Kagiso Rabada has accounted for the early dismissal of David Warner.© BCCI/IPL


Delhi Capitals (DC) have set a target of 190 runs for SunRisers Hyderabad in the Qualifier 2 of Indian Premier League (IPL) 2020 at the Sheikh Zayed Stadium in Abu Dhabi. The Delhi-based franchise posted a total of 189 runs for the loss of three wickets, after skipper Shreyas Iyer won the toss and opted to bat. Shikhar Dhawan was the highest run-scorer, smashing 78 runs off 50 deliveries in an innings comprising of six boundaries and two sixes. Dhawan received support from all-rounder Marcus Stoinis who smashed a 27-ball 38 at the top of the order to ensure a strong start. Shimron Hetmyer ensured a fine finish down the order, with a 22-ball 42. Sandeep Sharma, Jason Holder and Rashid Khan accounted for a dismissal apiece. (LIVE SCORECARD)