Absence makes the heart grow fonder. To mark one year of the first lockdown, we asked our reporters what slices of life they value a whole lot more, after spending months deprived of them

I missed … The big screen

It’s March 2020, a late evening on a Friday and I have come to see Trance at a well-known mall in the city, positively unaware of the red flags that are about to be raised. In a week’s time, they will announce the first bout of lockdowns and in two weeks, the same mall would come under scrutiny for suspected Covid cases.

For someone whose job description includes residing in a theatre — almost religiously — for the customary Friday ritual, the pandemic, in cinema terms, brought about the longest interval, as we awaited the second half with bated breath.

Eight months and nearly 250 days later, here I was trudging my way through the largely empty corridors of said mall to catch a film, the first sign of normalcy in my book.

Allow me a confession: I wasn’t too excited. Partly due to the film; it was Christopher Nolan’s Tenet. Nor was I nervous of visiting theatres in the midst of a raging pandemic. Of course I missed going to the movies, witnessing the images unfold with child-like enthusiasm. But it couldn’t be the same in this New Normal, I thought.

Until I stepped into the darkroom.

Welcoming me was a cold, refreshing breeze from the AC, accentuated by the sweet fragrance that is so unique to theatres. Even the statutory warnings about cigarettes felt like music to the ears.

And there were faces inside — not too many, but definitely enough for company. The house lights went out, the projector switched on and the crystal-clear sound from Dolby Atmos boomed in the hall.

It was something I hadn’t felt in a long time; it felt pure.

Nolan Sir must be delighted.

I missed… Outdoor playtime with my son

Only the crows seemed to brave the virus.

It was in early April last year, when the country was under its first lockdown. The Prime Minister appeared on TV warning us about the strange new virus. It had been two weeks since we stepped out of home and my three-year-old son and I decided to go for a walk around our tree-lined neighbourhood in Coimbatore.

I assumed there would be other reckless souls like us outside but no, it was just us and the crows that cawed from atop the electric poles. We sat on our usual bench outside our apartment when we heard it: a loudspeaker announcement that warned against people stepping outside. My son and I ran for our lives, long before the security guards reached us.

Cut to the present.

The two of us sit on the same bench, grinning ear to ear behind our masks. Children are cycling, people are on their evening walks and dogs yelp happily. The outdoor play area has a sandpit, swing set, sliding boards… heaven, from my son’s perspective. Mine too, to be honest, given how we have lived mostly indoors over the past one year.

We have packed bottles of water to play with, his plastic shovel and a few toys. He does a little dance before plonking himself on the sand. It seems cleaner than ever before. As he empties the bottle and starts mixing water and sand with his little hands, I drift away.

A cool breeze wafts our way as I run my hands through the sand. “Shall we play on the slide?” I ask my son. He jumps up, and before I can stop myself, I am sliding too. No one is looking, I promise. 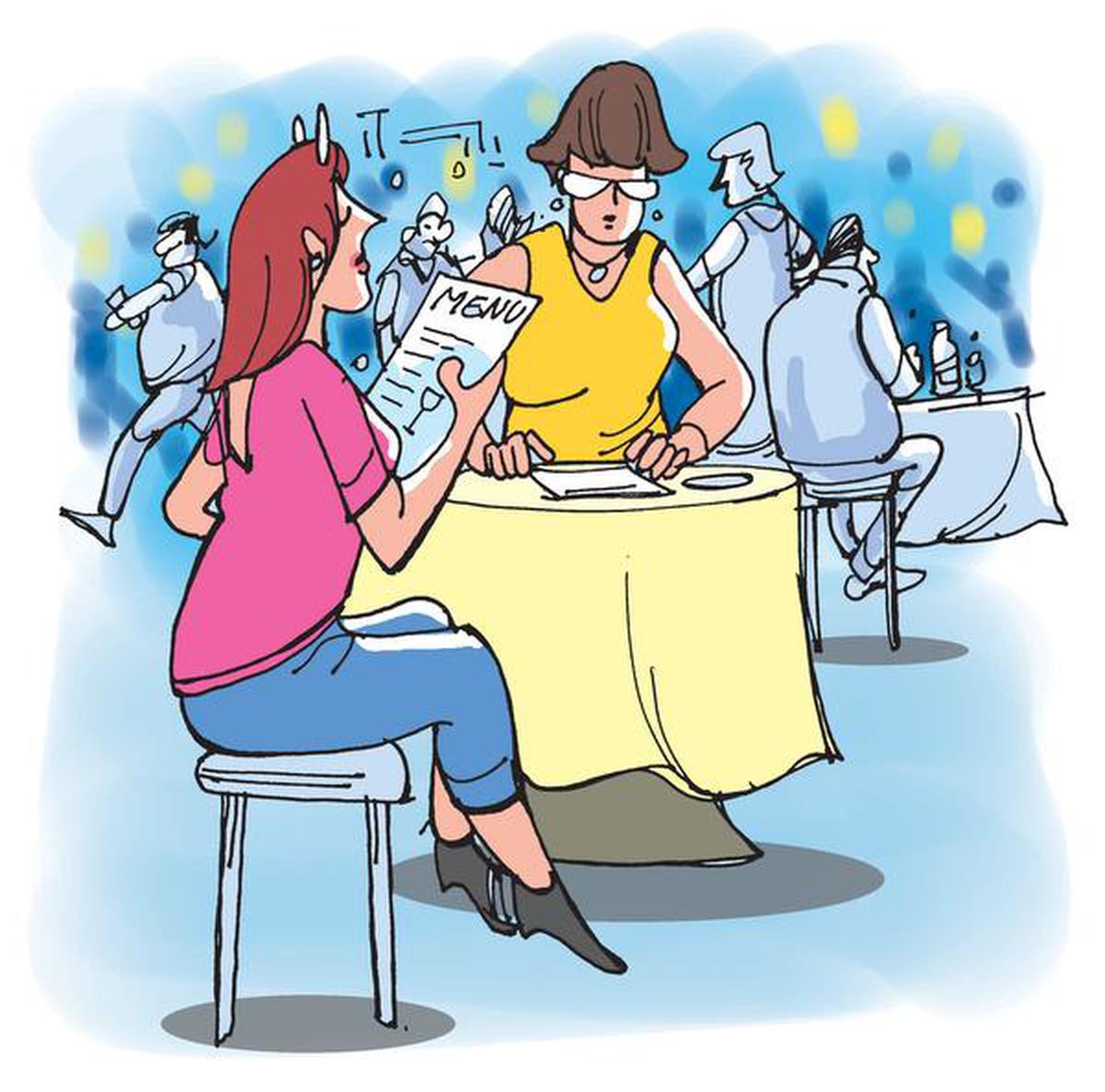 I missed… Ordering cocktails at a bar

“And ma’am, what would you like to drink?” asked the waiter, turning to me for the third time, polite but deadpan. I take too long to decide what I want.

That is because, for me, a bar menu is cathartic. I enjoy reading the name of each drink, mulling over its ingredients, thinking about how it will feel in my mouth and most importantly, how my tummy will react to it the following morning.

This simple joy was abruptly taken away when the lockdown was announced last year. A seemingly trivial matter in comparison to the bigger problems that lay ahead, but in the months that followed I realised how much I missed this process of ordering an immaculately put together drink.

Of course, I experimented with cocktails at home. Milo, condensed milk to tamarind, jam and spices… Sometimes I just winged it, and at other times, concoctions were inspired by my favourite bars. But I soon ran out of combinations, ingredients and enthusiasm.

After a long hiatus, when I finally entered a bar and the familiar fragrance of lemongrass and cedar wafted through my triple-layer mask — oh it felt like being home again! Drinks in test tubes, cherry blossom in cubes of jelly, lavender ice balls… a night of endless possibilities lay ahead of me once more.

There was comfort in seeing familiar faces and flipping through that menu again, knowing that I can order anything I want without worrying about washing up. Even if, with bartenders in PPE suits, gloves and visors, the atmosphere felt less like The Great Gatsby and more Apollo 13. I missed… Annoying my dadu!

Grandfather can barely hear, so we don’t call. On the rare occasions when video calls were possible, beaming smiles and silent waves have had to suffice.

So naturally, when we were under the same roof after more than a year apart, the chatter and the laughter reached such a crescendo that he began to wish we were back within phone screens, if only for the relief of putting us on mute and retiring into his newspaper.

For, at the age of 95, my grandfather’s joys are simple — soft rotis on the clock for dinner and a chair on the balcony to take in the morning sun. So when his work-harried grandchildren stumbled in with their laptops for some long-overdue family time, joy took little time in giving way to confusion.

The company at lunchtime was welcome; discussions over the newspaper (with sly nudges at wedding jewellery ads) were a plus. But this visit being longer than most, some things had to be clarified. For instance, it took us weeks to assure him that we had not lost our jobs, and were in fact working from the next room every single day.

Shut doors and confidential work meetings, 10 minutes after a snack run into the kitchen, were also a lot to grasp. After all, why shouldn’t a man just stroll into his grandchildren’s room and peer into those complicated laptops whenever he wanted to?

And then we gifted him his nemesis — a hearing aid. The calm of his life was suddenly interrupted by laugh tracks of TV shows, shrill whistles of the cooker, squabbles of his now less-than-beloved progeny.

It didn’t take him long to find the off button, however. Now if only he could find ours. 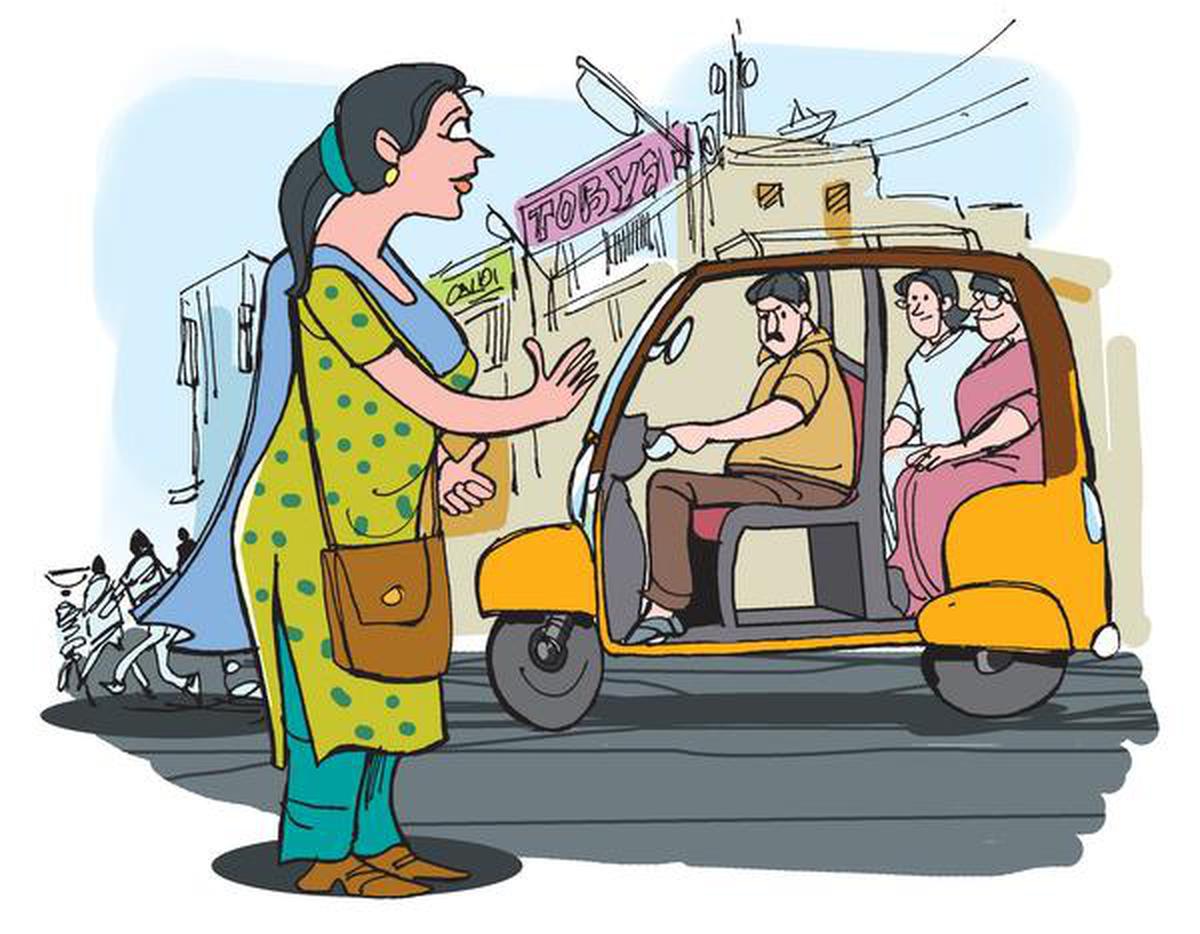 I missed… Puttering in tuktuks

I have a love-hate relationship with puttering auto rickshaws. An old favourite from my college days, I now prefer to flag them down only for assignments in crowded areas, admiring the drivers for their deft manoeuvring through small gaps and also cursing them for rattling my bones.

When I stepped out for the first time after months of pandemic confinement, it was an auto rickshaw that came to my rescue.

I picked up groceries and rushed back to the protective bubble of my car. But the machine that always revs up with a gentle push to the start button groaned and sputtered that evening.

Loaded with multiple bags and stranded on the side of aroad at 7.30 pm, I did what I thought was best — flagged down the first auto coming my way. Barely had I adjusted myself inside, than the auto screeched to a halt and a young boy hopped in. I realised I had boarded a share auto.

Half a kilometre down, a mask-less woman threw herself in on the same deck. I crushed myself to the side of the auto, wrapped my scarf around my face and requested the driver to not take on any more passengers. He replied that with less transport available we should not leave anybody stranded on the road in fear of the virus! I have never felt so fiendish.

Soon, dhinchak music set the mood to this thriller, and another couple squeezed themselves in. The four co-passengers squashed my body, mind and ego.

The auto gathered speed and I swayed to the back-breaking rhythms of the vehicle. It leapt over a speed breaker on a fairly empty road and all of us went into the air and came down with a thud. I reluctantly clutched the rod above my head.

The driver cut through a crowded evening haat, scraping past sedans, matadors, cyclists, and motorcycles, and looking calm all the while.

It was a perspiring ride back home but I was relieved to return safe. The autowallah had come to my rescue when I needed him the most. It was a welcome back to reality.