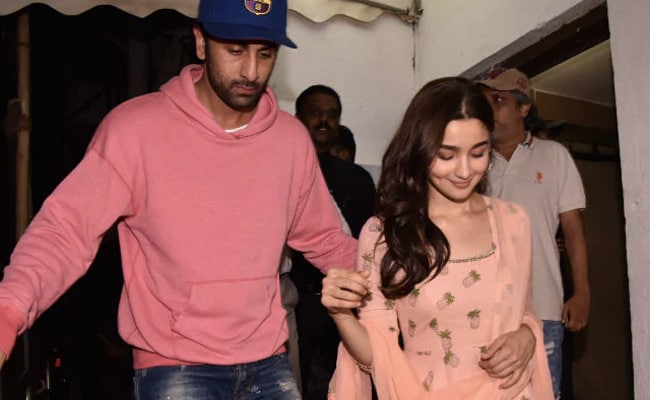 A file photo of Ranbir Kapoor and Alia Bhatt in Mumbai.

If Alia Bhatt’s latest Instagram entry doesn’t make you go aww, we don’t know what will. On Friday morning, the actress shared a super mushy post for her boyfriend and actor Ranbir Kapoor, who has tested positive for COVID-19.  The throwback happens to be a close-up shot of Alia Bhatt and Ranbir Kapoor holding hands. Alia, who is COVID-negative, shared the post for Ranbir Kapoor, who is currently quarantined at home. Alia simply captioned the post: “Major missing” and added a heart emoji. While Ranbir Kapoor might be a social media recluse, his fans flooded Alia Bhatt’s post with heart emojis.

On Thursday, Alia Bhatt, in her Instagram story, revealed that she is back at work after isolating and speaking with her doctors. “I’ve been reading all your messages of concern and care. I have tested negative for COVID-19 and after isolating and speaking with my doctors, I am back to work from today. Thank you for all your good wishes. I am taking care and staying safe. You please do the same.” The actress signed off her note by asking her fans to stay safe,” wrote Alia Bhatt. 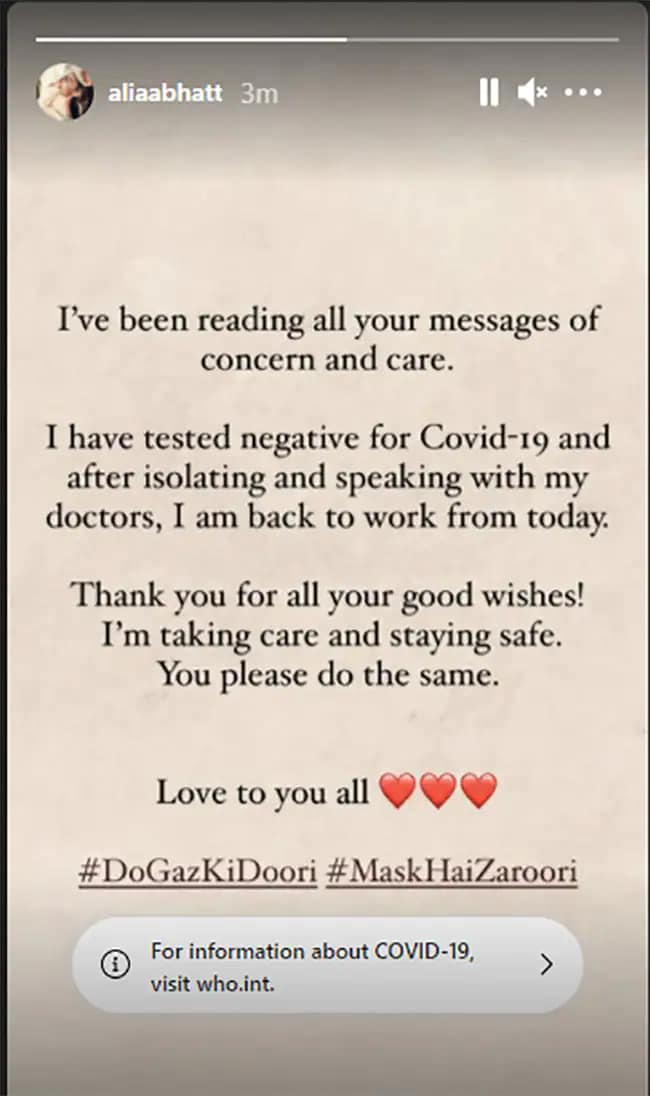 Ranbir Kapoor confirmed his relationship with Alia Bhatt in an interview last year, where he referred to her as his “girlfriend” and said that if it weren’t for the pandemic, they would have been married. Fans of Alia Bhatt and Ranbir Kapoor will get to see them share screen space in Ayan Mukerji’s Brahmastra.

Alia Bhatt will next be seen in Sanjay Leela Bhansali’s Gangubai Kathiawadi and SS Rajamouli’s RRR. Other than Brahmastra, Ranbir Kapoor also has Shamshera, co-starring Vaani Kapoor and Sanjay Dutt, lined-up. He will also be seen in an untitled film with Shraddha Kapoor. The actor will also star in Sandeep Reddy Vanga’s Animal, with Anil Kapoor and Parineeti Chopra.