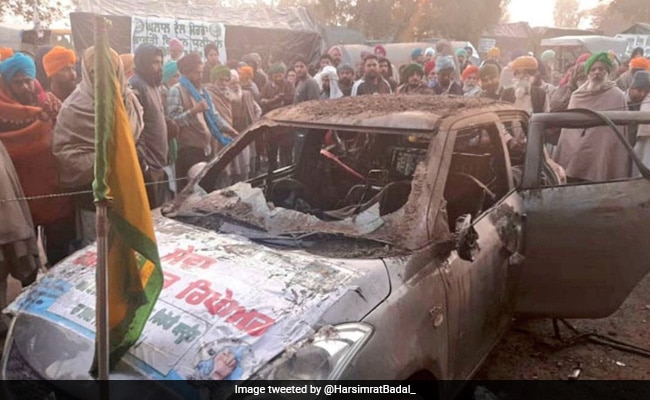 Janak Raj was burnt alive after the car in which he was sleeping caught fire on Saturday night.

A 55-year-old man from Punjab, who had gone to Delhi border to express solidarity with the agitating farmers, was burnt alive after the car in which he was sleeping caught fire on Saturday night near the Delhi-Haryana border.

Janak Raj, who was a tractor repairman, had gone to Delhi to voluntarily fix tractors that were being used by farmers camping near Delhi, to protest against the centre’s agricultural laws that were passed recently.

After finishing his work late at night near Bahadurgarh (Delhi-Haryana border), Janak Raj went to sleep in the car; the vehicle caught fire and he was burnt alive, officials said.

Janak Raj was a resident of Dhanolua village in Barnala district.

“It was saddening to learn of the death of Janak Raj, a hard worker of the Indian Farmers Union (Ugrahan) who was working as a tractor repairman in the Kisan Andolan, in a fire accident near Bahadurgarh (Delhi-Haryana border). His name will also be immortalized in the history of the peasant movement,” Ms Kaur said in a tweet in Gurmukhi.

All farmer organizations have expressed regret over his death.

Thousands of farmers are camping in and around Delhi to protest against the three new laws aimed at bringing reforms by doing away with middlemen and improving farmers’ earnings by allowing them to sell produce anywhere in the country. Farmers and opposition parties allege that the laws will deprive the farmers of guaranteed minimum price for their produce and leave them at the mercy of corporates.

The protest, which has seen farmers from six states, Uttar Pradesh, Haryana, Uttarakhand, Rajasthan, Kerala and Punjab, has entered its fourth day today.