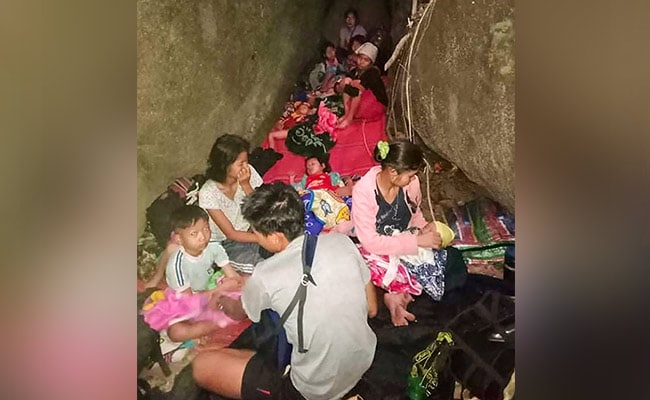 India has been expecting refugees from Myanmar ever since violence broke out in that country.

The Manipur government has withdrawn an earlier order against local authorities setting up food and shelter camps for Myanmar citizens entering India due to the ongoing turmoil in the neighbouring country, sources have said. The order, sent out on March 26, had asked border officials to “politely turn away” those seeking refuge in India.

The state Home department’s instructions to the deputy commissioners of Chandel, Tengnoupal, Kamjong, Ukhrul, and Churachandpur had even asked them to ensure that Aadhar enrolment was stopped immediately and the kits used in the procedure were taken to safe custody.

The officials had been asked to submit an ‘action taken report’ on the matter by today.

Withdrawing the order, the Home department now has said that the contents of the March 26 letter seem to have been misconstrued and interpreted differently.

Myanmar’s Ambassador to the United Nations had earlier appealed to India and the various governments of its states bordering the country to provide shelter to refugees given the humanitarian crisis unfolding there.

India has been expecting refugees from Myanmar ever since the neighbouring country’s military junta opened fire on protesting civilians in nine regions of the country on Friday, killing scores of people, including children.

The Biren Singh government’s order for Manipur had drawn a lot of criticism on social media, with many dubbing it inhuman and going against India’s long-cherished tradition of hospitality.