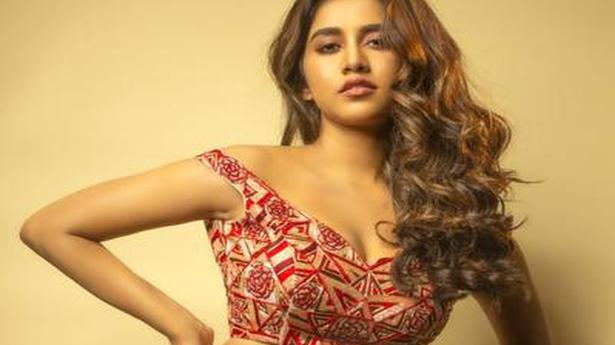 Television personality Suma Kanakala made news in January this year by anchoring four big events over eight days — pre-release functions of Rajinikanth’s Darbar, Mahesh Babu’s Sarileru Neekavvaru and musical events of Kalyan Ram’s Entha Manchivaadavuraa and Ala Vaikunthapurramuloo. The audience got to see her making a different style statement on each of these days.Styled by Priyanka Sahajananda, the anchor could be seen in a salwar suit, a sequinned sharara suit with flared pants, a high-waist skirt and a half-sari in light and earthy colours.

Priyanka, one of the youngest designers on the style block is making a mark by designing and creating new looks for television stars. Her career began three years ago with the styling of Mr India 2017 winner Akshay Neelakantam . “My friend was doing Akshay’s photoshoot and asked if I could create a look for him. I cut the sleeves of a T-shirt and wrapped it around Akshay’s neck, like a turtleneck,” she recalls. Subtle styling with minimal accessories, styling to suit the occasion and modifying ensembles that stand out, have been her forte. Take for instance actress Surbhi Puranik who wowed fashionistas during a photo shoot in January at Hotel Avasa. Styled by Priyanka, Surbhi made heads turn in an off-shoulder plain yellow gown with a slit and bracelets as anklets.

Behind the scenes Priyanka Sahajananda during a photoshoot

A native of Anantapur and a graduate in Psychology. Priyanka went to the Philippines to pursue Medicine, only to discontinue her studies and return to Hyderabad when her grandmother passed away. “That was also the time when my parents met with an accident and I felt miserable for not being there when they needed help,” she recalls, adding her parents reluctantly agreed with her decision to study fashion design.

While pursuing her fashion designing course from Lakhotia College of Design in Hyderabad (she graduated in June this year) she has been designing — Ohmkaar in Sixth Sense — and creating looks, both rugged (Prince from Telugu Bigg Boss) and minimalistic (Payal Rajput). The 24-year-old has styled more than 20 actresses including Kajal Agarwal, Nabha Natesh, Surbhi Puranik, Poorna (Shamna Kaasim) and Eesha Rebba for events and artistes in six television shows like Mandeep Gujjar (Roadies) and Arshi Khan (Big Boss 11). She sources costumes and accessories from designers in Hyderabad like Archita Narayanam and Ashwini Reddy and Ali Ahmed from the US (the goods are returned after use). Admitting that styling for stars on television is challenging, she says, “The medium has colour restrictions and striped clothing is not preferred as it creates patterns on the screen. Even fabrics with sequins or mirror work are a big no since the light reflects to create a shadow on the screen. Also , one has to be aware of the actor’s style sense and public appearances so that we do not repeat outfits.”