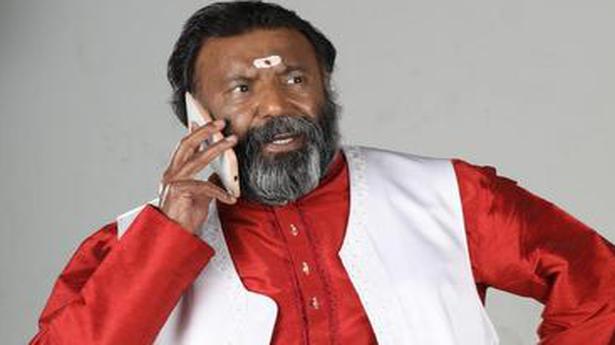 Sevenraj, who has produced and acted in Chaddidost Kaddi Alladusbutta, has a fondness for red and white

The quirkily-named Chaddidost Kaddi Alladusbutta, is directed by actor-director Oscar Krishna, who also plays the protagonist in the film. The teaser was launched in Bengaluru last weekend. The other name that strikes you is the producer’s — Sevenraj. “I was named 7 as I was the seventh child. My parents named me thus, so that I represent no religion or caste. I added Raj when I entered the Kannada film industry.”

Describing the film as an adventure and comedy, Sevenraj who also acts in Chaddidost… says,“The story is written by Lokendra Surya and is about two friends.” He is also called the red-and-white man, as he favours the two colours. From his clothes to his home, furniture, cars and crockery, everything is done up in these two colours. Besides this, in deference to his name, Sevenraj’s trousers have seven pockets and shirts seven buttons, and he claims to speak seven Indian languages.

The film, however, Sevenraj says will not be influenced with his colour choices. “It will be an entertainer with all the colours of the rainbow. We plan to release the film in early February. We were the first to resume shooting once the lock-down was lifted.”

Though from Kerala, Sevenraj says he prefers working in Kannada films. “I was born and brought up here. Have grown on Kannada films and it is natural for me to feel for this language.”

The 58-year-old dreams of making it big as a villain. “In real life I am Mr Goody Two Shoes, so I want to explore the darker shades on screen.”